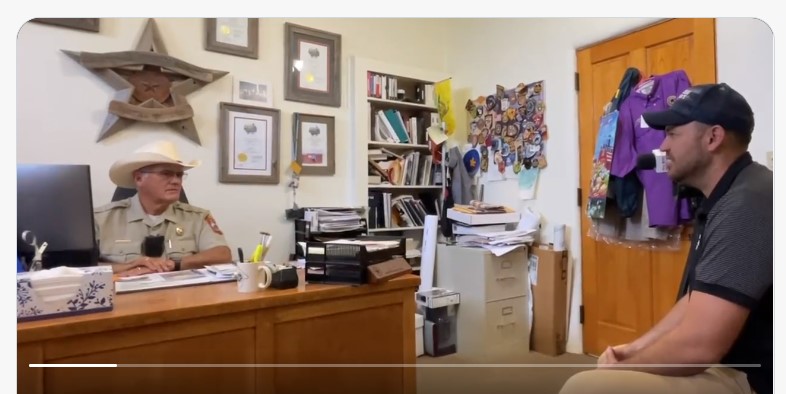 Ben Bergquam, host of Real America’s Voice show Law and Border, chatted with a lifelong Democrat who serves as Sheriff in Alpine Texas, and he is not happy about the chaos Democrat Joe Biden has caused on the Southern Border.

In fact, Sheriff Ronny Dodson says he has been ‘abandoned’ by Biden and his Democrat administration.

Dodson has a lot to say about the ways in which he and his community have been betrayed by Biden, Watch:

Bergquam asks Dodson to respond to Sec. of Homeland Defense, Mayorkas when he claimed to have effectively managed the unprecedented migration of people into our country- who are here illegally.

As one Twitter poster pointed out, it is not just the Democrat Sheriff of Alpine Texas who is frustrated with Mayorkas and Biden’s regime, noting that the embattled Border Patrol is also frustrated with the border policies being forced on Americans by the leftist administration.

Check it out- as Pedro Gonzalez retweets a BNO article describing the hero who stopped the murder spree at an elementary school, who was ALSO frustrated.