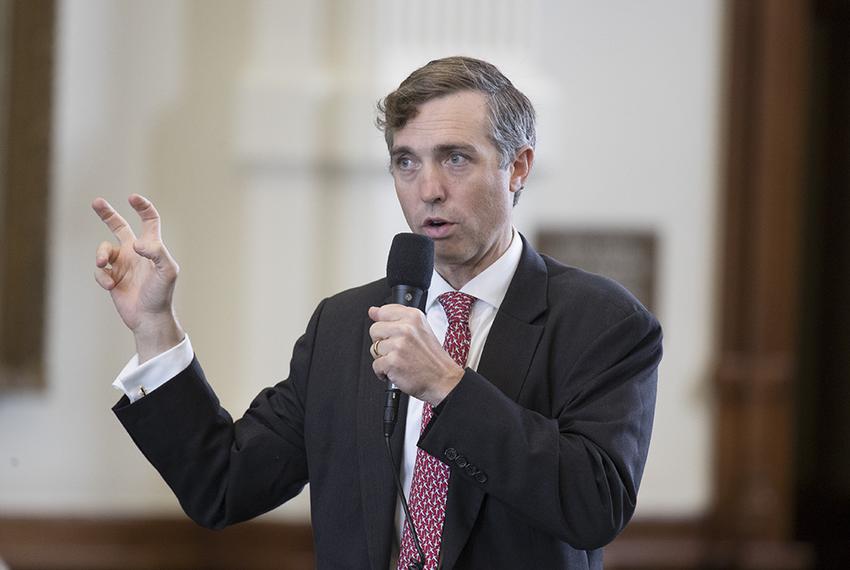 Disgraced Republican U.S. Rep. Van Taylor ends his embattled reelection campaign after he admits to an affair in a shocking move that should alert the political system to the continued power of President Donald J. Trump’s popular agenda for the America First movement.

The woman he had an affair with is a former member of ISIS, to make matters even worse and expose Taylor’s very bad decision-making skills.

Recall Taylor attempted to shame Trump and voted to impeach him over the events of Jan 6th 2021.

“Impeachment of a President, elected by the American people, requires thorough investigation, Congressional hearings, and thoughtful deliberation. We must not allow our Republic to devolve to the point of allowing impeachment, and subsequent removal, of a sitting President based on news reports and social media pundits. Doing so would directly contradict the fundamental principles of our American justice system. The gravity of this situation requires greater diligence and deference to the Constitution, not less. With the constitution as my guide, last week I voted to certify the electoral college results and will vote against impeachment today. “Our nation is in turmoil, more divided than ever before in modern history. The attack against the Capitol serves as a stark reminder of the fragility of self-governance. Given current political unrest, ensuring Americans witness a peaceful transition of power on January 20th is more imperative than ever. With just seven days until inauguration, I urge leaders on both sides of the aisle to come together to heal the wounds of a nation divided.”

And now Taylor is running from politics and ending his own campaign.

Taylor made the stunning announcement hours after he finished his five-way primary with 49% of the vote. Former Collin County Judge Keith Self, who finished second, is now likely to become the next congressman for the 3rd District, the Texas Tribute reported.

Taylor is married and has three children.

The Dallas Morning News reported just two days ago that Taylor was in deep trouble with what is known as the “Trump base”, or the populist movement that is taking US politics by storm and new people get involved with the process:

Taylor, a Plano Republican, was one of four Texas Republicans who rejected Donald Trump’s claims that Democrats stole the presidential election through fraud. Self and another challenger, businesswoman Suzanne Harp, had blasted him over his vote to certify President Joe Biden’s victory the day of the U.S. Capitol riot, turning the primary into a referendum of sorts on Trump’s  claims.

Blaming his drastic retreat on an affair, Taylor released a statement:

“About a year ago, I made a horrible mistake that has caused deep hurt and pain among those I love most in this world,” Taylor wrote in an email to supporters. “I had an affair, it was wrong, and it was the greatest failure of my life. I want to apologize for the pain I have caused with my indiscretion, most of all to my wife Anne and our three daughters.”

One day before the primary,  Breitbart News posted a story that Taylor had had an ongoing affair with a Plano Texas woman named Tania Joya, who he had paid $5,000 to keep quiet about his infidelities.

Breitbart reported that Joya provided a message from Taylor in a phone screenshot showing a bank record that she deposited $5,000 into her account.

Joya is known as a former jihadist who was once married to a commander for the Islamic State. Media reports have referred to her as “ISIS bride.”