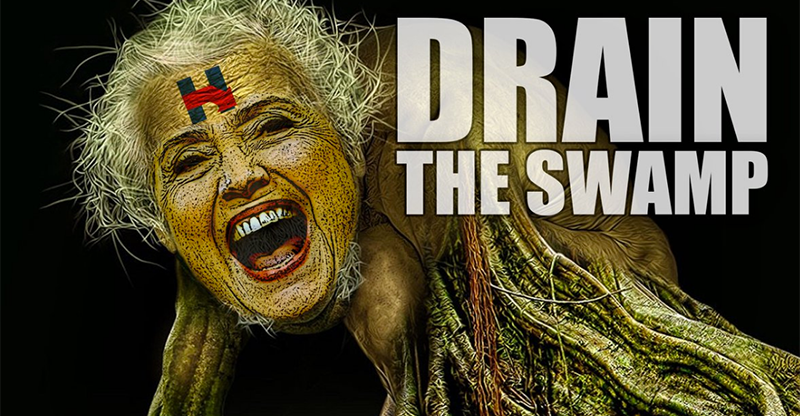 It is no secret that Democrat Hillary R. Clinton secured the 2016 Democrat Party Presidential nomination from more popular, radical far-left progressive-populist, Democrat Senator Bernie Sanders- in a very strange way that looks like political corruption, and ignited a leftist Populist revolt from the Democrat Party after President Donald J. Trump was elected president.

Would it surprise you to know that Clinton has a fellow traveler in now-indicted former Illinois speaker of the house, Michael Madigan, who is accused of basically stealing the entire Democrat Party away from American Democrats? Check out this scathing article about Madigan’s usurpations and his association with Clinton- from 2018:

“Since 1983, Madigan drastically altered virtually all Illinois House Rules and the 2017 Bill eliminated the existence of the voices of voters in political parties, both his own Party and others.  No person in Illinois has the legislative powers the House Speaker possesses through these Illinois House Rules, which are written and published by the State of Illinois,” Michael Bargo Jr wrote, in an excellent explanation of Madigan’s corruption, in The American Thinker. “This is something one would expect to see in a study of the rise of tyranny in the distant past or another part of the world, but this has been going on since 1983 in Illinois, the state that gave rise to the two most prominent national Democrat leaders, Obama and Hillary Clinton.”

This is the leftist part of the swamp, and a story about how the elite of the left control the Democrat Party, to keep it out of the hands of the American people. Just like the fever-dreams over the Conservative Populist “America First” Trump movement, using the PrecinctStrategy.com  is thwarted by the elite to stay out of the Republican Party- the left has their problems too.

I wrote about that battle here.

On the left it is called the ‘Chicago machine’ and that cronyism gave us Barack Obama and Hillary Clinton.

Not only is Clinton from Illinois, but she also has much in common with the highly corrupt Maddigan who, according to the Department of Justice, used the Democrat Party to represent his friends and his own agenda- rather than allow the party to function as a tool for Illinois Democrats.

Recall-Madigan was indicted this week for 22 Federal crimes. Perhaps Clinton should be investigated too?

Madigan, a chairman of the  State Democrat Party of Ill,  like Clinton was not a fan of Bernie Sanders in 2016:

What else do Clinton and Madigan,  two power-hungry political climbers, have in common? Well- how about Shell games, corruption, power plays, and good old school “Chicago Machine” intimidation and bullying tactics.

Add is some dirty politics over the leadership and direction of the Democrat party.

In this Reddit thread, IL progressives are seen discussing an ad that was published by Mike Madigan’s campaign to discredit Progressive Democrats from entering into the party and remaking the party over- from the disaster of Clinton’s 2016 nomination theft-  to represent the will of the Democrat voters.

Add from 2018, paid for by Mike Madigan,  tying progressive left to the Tea Party groups, in a shaming tactic to discredit people from both groups who want election finance reform, and better representation in the political parties.

FAKE NON PROFITS ‘TEACH’ ABOUT FIGHTING CORRUPTION- BUT ARE CORRUPT

Two office seekers, as seen in the following video, who were leading the charge to transform the Democrat discussed Madigan’s dirty tricks, to keep control of the Democrat party.

3:02 “The chairman of the party is Mike Madigan who controls the party tightly.  There are 14 of us who are Bernie people running for State Central Committee who want to change the party.  We were told we had to pledge to support Madigan and his establishment candidates,” Lindquist said, and then talked about a group called Represent Us, who ran a political ad attempting to tie together progressive leftists with the Tea Party Republicans and scare off voters.

“Money has corrupted our politics and we are trying to involve larger groups, not just progressives and Madigan turned this right around on us.  The Daily Machine is run by Madigan.  The machine is supposed to help Democrats, but he is spending money on ads against us,” he said.

“The flyer says the ad is paid for by Mike Madigan and his campaign admits they spent 8,700 dollars on my campaign,” she said.

And there was a second ad from Represent us, a nonprofit that claims to represent Progressives to Conservatives and their concerns, who were obviously targeting the change-makers of the Democrat party to assist Madigan in keeping how personal control of the Democrat Party away from Elizabeth Lindquist:

The Group, Represent Us, according to their website is working to fix corruption- by being corrupt and assisting corrupt politicians who want to keep their control on party machines:

RepresentUs is the nation’s leading left-right anti-corruption group. We believe in an America where the Government works for you and your family, not just a handful of billionaires and special interests. RepresentUs Education Fund (RUEF) is a national, nonpartisan, nonprofit 501(c)(3) organization working to fix our corrupt political system and involve the public in the democratic process. Through education, organizing, and advocacy, RepresentUs Education Fund promotes equality, ethics, competition, civility and transparency in elections and government.

While Madigan faces corruption charges and is no longer able to use Represent.us, Clinton is reportedly getting her highly suspicious non-profit up and going – as was announced Friday.

This story is still developing..