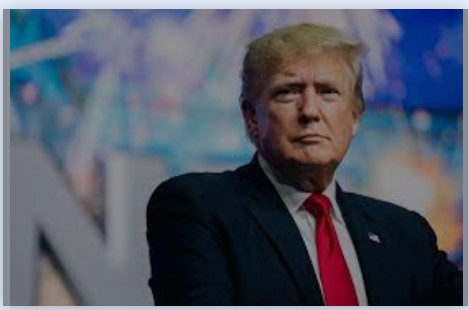 President Donald J. Trump filed a lengthy defamation lawsuit against CNN last week that makes the news outlet look more like a propaganda machine than anything else.

Here is the lawsuit: Here.  Pay close attention to how the case is laid out about CNN’s double standards in the way they treated Trump, and others.

Breaking News:
Trump has notified CNN of his intent to file a lawsuit for repeated defamatory statements & will be pursuing other media outlets too… pic.twitter.com/9seKChjsFU

Even as state tabulation audits and recounts began to take place, and long before they concluded imid-2021, CNN began referring to President Trump as “lying.”5 Webster’s Dictionary defines a “lie” as an assertion of something known or believed by the speaker to be untrue with intent to deceive.

The definition, then, is not limited to simply being wrong about an assertion; it instead requires the speaker to know he or she is speaking falsely and to specifically harbor an intent to mislead.
In this instance, President Trump’s comments are not lies: He subjectively believes that the results of the 2020 presidential election turned on fraudulent voting activity in several key states.

Furthermore, the repeated characterization of President Trump lying was distinctly at odds with CNN’s treatment of individuals claiming President Trump’s 2016 was “illegitimate” or based upon “Russian interference.”

CNN’s Branding of President Trump as a Liar Extends to Likening Him to Nazis and Communists For the months and years that have followed the 2020 election, CNN took it upon itself to engage in a campaign of dissuasion – branding President Trump a liar, and one who subscribes to the notion of the “Big Lie.”

As CNN repeatedly reminds its readers, that concept is linked to Adolf Hitler and Joseph Goebbels and the Nazi-era idiom, “If you tell a lie big enough and keep repeating it, people will eventually come to believe it.”

If the articles fail to overtly link Trump to Hitler—a particularly offensive slur for a man with Jewish members of his immediate family—they regularly draw comparisons between Trump and China’s Xi Jinping.

Reportedly, the term “Big Lie” has been uttered in the context of President Trump’s belief more than 7,700 times on CNN since January of 2021.

CNN’s Willful and Continued Usage of the “Big Lie” Characterization On June 15, 2022, CNN’s new Chairman and CEO Chris Licht reportedly held a conference call with top CNN producers in which he expressed displeasure with the use of “Big Lie.” Id. Since then, CNN’s on-air personalities—including John King, Jake Tapper, John Avlon, Brianna Keilar, Don Lemon, and Jeffrey Toobin, among others—have
continued to use the phrase in describing President Trump’s subjective state of mind despite an apparent admonition from their Chief Executive Officer. Id.

One of the clearest indicators of CNN’s malice is that, unlike any other public figure, even those for which there have been specific determinations of dishonesty, it is President Trump to whom CNN’s employees comfortably and consistently attach the “liar” label.

Below are just several examples of scenarios in which CNN possessed objective evidence of the declarant’s dishonesty yet never characterized the person as a liar or as utilizing the “Big Lie” propaganda technique.

Under claimed circumstances, which almost immediately appeared implausible, actor Jussie Smollett proclaimed to be a victim of a hate crime perpetrated by mysterious men who wore “MAGA” hats and who laid in wait for him during a sub-zero Chicago night.

Smollett was charged with disorderly conduct offenses predicated upon the notion that his entire account was a hoax, i.e., untrue. Smollett was convicted of crimes based upon his false report of the assault.

When CNN reported the guilty jury verdict, it continued to treat the verdict as a mere allegation: “Actor Jussie Smollett was found guilty Thursday on five of six felony counts of disorderly conduct for making a false report to Chicago police that he was the victim of a hate crime in January 2019—an attack prosecutors said he staged.”

“He was acquitted of making a false report to another Chicago detective weeks after the alleged
attack.” Id. Despite a jury finding that Smollett lied to prosecutors, police and the public, CNN refused to call Smollett a “liar”11 even after “. . . a jury found Jussie Smollett guilty of falsely reporting a hate crime.”12 In further efforts to downplay the guilty verdict, CNN focused on how the criminal justice system treated Smollett unfairly.13 On an occasion in which a CNN commentator referred to Smollett as lying, the commentary ended with the gratuitous and defamatory comment directed at President Trump:
And, of course, despite all the evidence, Donald Trump’s Big Lie continues to be amplified, by right-wing media. In that sense, Donald Trump is the Jussie Smollett
of American politics.
Andrew McCabe
Andrew McCabe, a former FBI official under then-Director James Comey, was the subject of an Office of Inspector General (“OIG”) report that concluded McCabe lied on numerous occasions when questioned about his role in leaking sensitive information to the media.

Although the United States Attorney’s Office for the District of Columbia declined to prosecute the referred false statement case, there were objective and widely accepted findings by the OIG that McCabe had “lacked candor” and made five false statements.