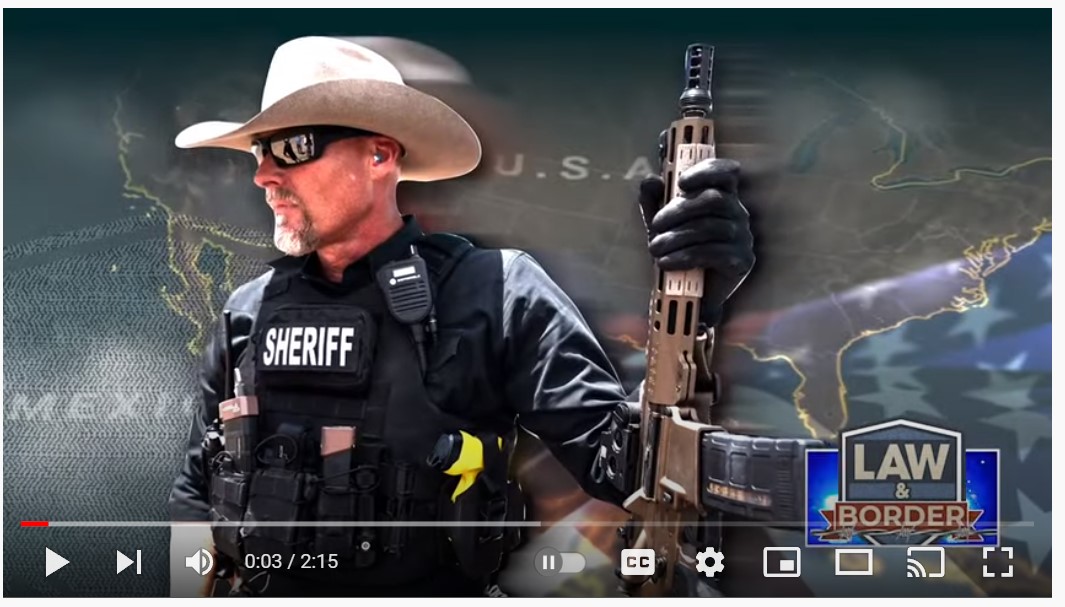 Saturday night will be a brilliant and explosive episode of Law and Border, the new Border Crisis Series on Real America’s Voice with Ben Bergquam.

Sheriff Mark Lamb spoke with Bergquam and dropped a number of “truth bombs” about the policies of Democrat Joe Biden and how disastrous they have been on the border- which Lamb says has resulted in the death of over 100,000 American deaths per year.

Lamb and other good law enforcement agents are itching to patrol the Southern border and protect Americans- but something is preventing them from doing their jobs.

“Local Border policies are killing Americans. What would the reaction be if the drug cartels dropped a bomb and killed 100,000 people. We have that happening every year- from fentanyal.  That is a lot of civilil loss of life. We saw policies under Donal Trump worked. Lets go back there- and increase more policies to end human trafficiking,” Lamb said.

Watch as Lamb, and Bergquam talk about the problems caused by the Democrats- in a ‘no holds barred’ sort of way, and join them as they talk about the solutions to saving our Republic- by starting at the border.