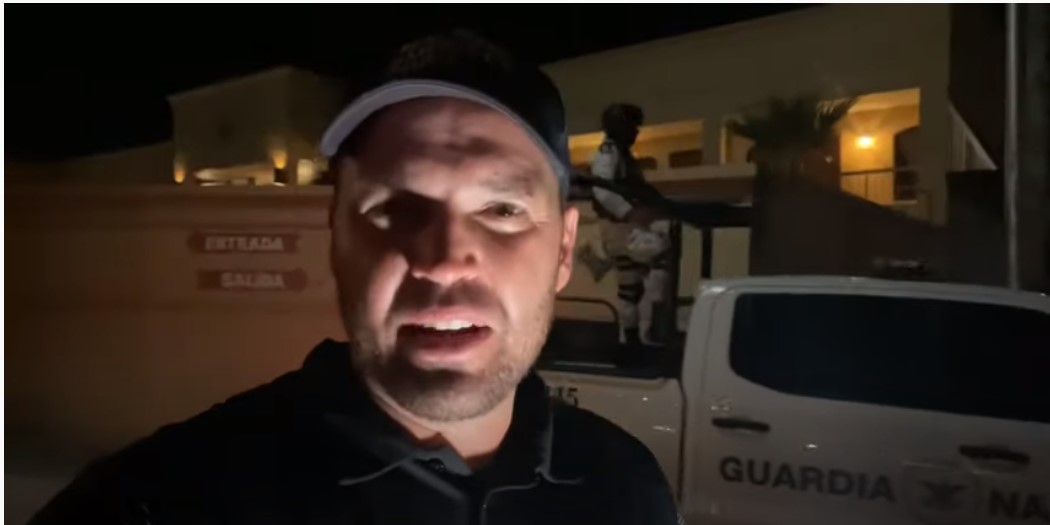 The migrant situation with people flooding the Southern US border between American and Mexico is getting very dangerous and is causing problems for both countries. Risk-averse people from all over the world are infiltrating Mexico to exploit Democrat Joe Biden’s open border policies into America.

“The screaming was the worst. We just witnessed a man jump off an 18 foot wall. He shattered his leg in a radical drop. He could have died if he had falled on his head,” Ben Bergquam said, describing the scary event.

“Illegal Immigrant from Cameroon jumps off balcony into the darkness snapping his leg after fleeing Mexican immigration officials in Acuna Mexico,” Bergquam wrote describing what he filmed recently.

The following video shows the lengths people will go to flee law enforcement. The video opens with Bergquam, a lead investigative reporter for Real Americas Voice, reporting on the movement of Mexican immigration forces, who are detaining migrants that have been apprehended. Bergqum explains that he was following a caravan of Mexican immigrations trucks to a hotel.

“They are going door to door looking for illegal aliens who are trying to blend in. They are doing this to rid themselves of the people who are here illegally, ” Berquam explains as a man is seen running along a wall.

“He came from the balcony, and he jumped to clear the broken glass,” Bergum said. “And there is broken glass at the top of the wall. He jumped into the darkness, and fell shattering his leg.”

“Immigration flushed him. He said he ran because he is afraid of immigration, “Bergquam’s travel buddy, Todd, said.

“We have seen a few people getting aprehended. The border patrol is taking it seriously. They stopped the operation for the night after the man from Cameroon broke his leg,” Bergquam reported.