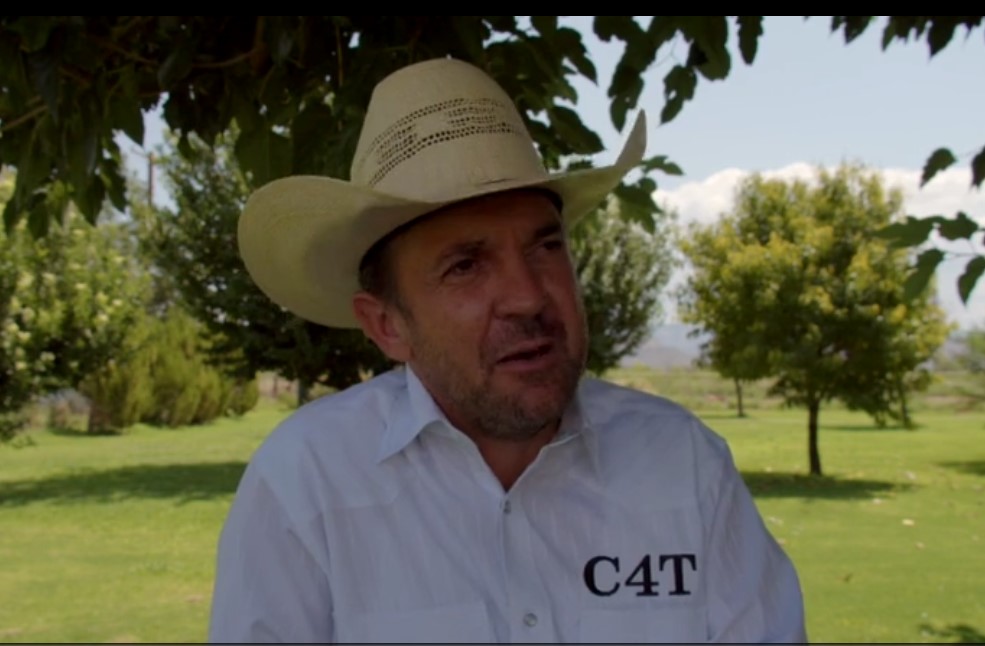 A documentary about a cowboy who was arrested in Washington DC at the US Capitol on January 6th for being on the steps and praying is going viral in the United States.  I caught up with the subject of the film for his reaction to the documentary and to ask him his point of view on what he still calls a “rigged election”.

“America is starved for justice.  And with the biggest lie of all in the Joe Biden presidency justice could still be a long ways off,” Couy Griffin said.  Griffin is a New Mexico commissioner and a founder of Cowboys for Trump, told me.

In the documentary, Griffen is outspoken about why he went to the US Capitol on Jan 6th and all of the aftermath in his professional and personal life, after being arrested, abused in DC prison and persecuted by the Federal Government- in the courts they own and wield massive power from.

The documentary is made by Sidney Powell’s group Defending The Republic.

“There is corruption found in all facets of government.  My only prayer is that the fiber of our American military is still built on and established by dignity and honor.  If that is still left America still has a chance.  If it is gone America will fall harder than any nation has ever fell.  That is the uncharted waters that America is currently in.  And my prayer is that our great military will help us find our way,” Griffin told me.

“I feel humbled and honored to be able to share my first hand experience of that day.  A day that included amazing patriotism with horrific injustices that have followed.  I’m daily heartbroken when I think of Jacob Chansley and others that I met who are still being held as political prisoners.  I don’t ever believe the injustices of solitary confinement can be expressed in mere words.  It is in humane, un American and has got to stop!  This is a very sad and disgraceful period in American history,” Griffin told me.

“If there has ever been a cowboy in the whte house, it is President Trump, and we are going to get that Cowboy hat to him one day.  He refers to us like he is one of us,” Griffin said in the documentary. Griffen stands firm on his motivation for going, on his support for President Trump, and about the conditions in which the other political prisoners are being held to this day.

I like the part about the hat. That was meaningful to me because I had talked to Couy about taking the hat to President Trump, and at the time it symbolized to me that idea of America’s independence.

I first covered the story of Cout delivering a hat to  Trump in Feb of 2020 for National File.

Cowboys For Trump To Advocate For American-Raised Beef, Deliver Cowboy Hat To President At CPACA group of Cowboys from New Mexico will take their cause to Washington D.C. again this year in hopes of delivering President Donald J. Trump with a custom made cowboy hat, and to ask him to consider making American Beef great again.

In an appeal to Trump’s nationalist push for strong American manufacturing and farming, Couy Griffin, President of Cowboys for Trump will ask Trump and other lawmakers to consider “Country Of Origin Labeling” (COOL) for American beef products.”

I reached out to Griffin, to ask about the potential meeting.

“President Trump told Cowboys for Trump in February last year in regards to delivering his hat, ‘There are 20 acres in the South Lawn and the gate will be open for you when you get here’. We know our President is a man of his word. And we plan to look for an open gate this summer!” Griffin said.

WHERE DID THE COWBOYS COME FROM

Watch a video of their 2019 ride to D.C. that inspired the whole thing:

Further reading about County Griffin and his status as a political prisoner:

Exclusive With Couy Griffin About Jan. 6th: ‘The Government Is Holding A Bluff Hand’, Where Is The Speedy Trial?

On the other political prisoners: