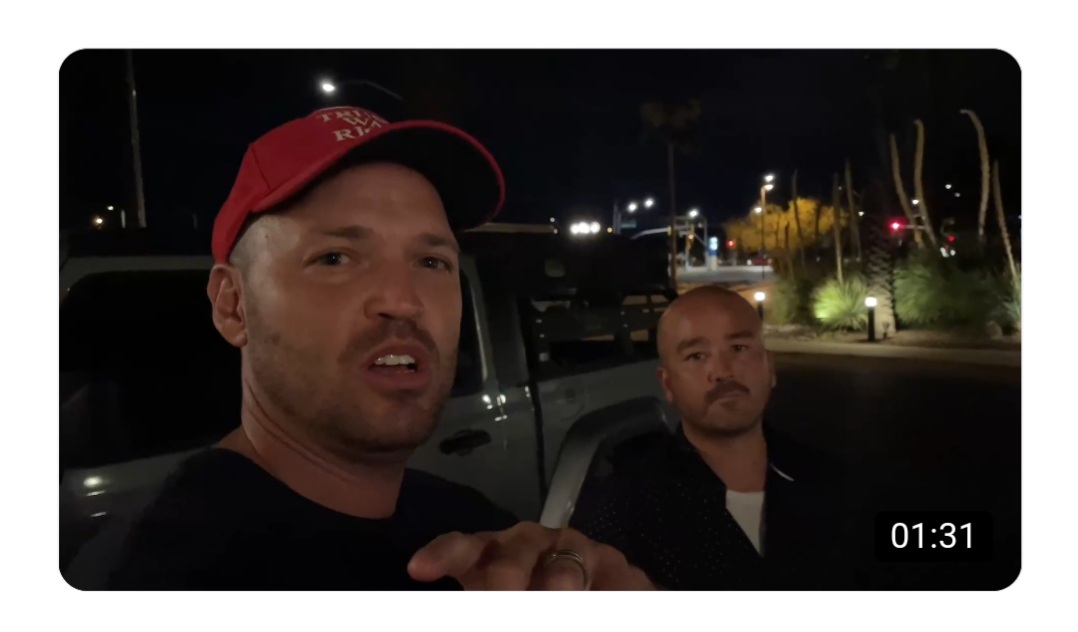 Look this up: non compos mentis, and see of it helps explain the left and their looney policies for the public and why we need to listen to Ben Bergquam, the host of Law and Border on Real America’s Voice.

“We are going to show you how insane things are in Tuscon Arizona- a woke city. We need to vote Democrats out. We need to tell the left to sit down and shut up, so the adults can take America back,” Bergquam said on the video.

“Crystal meth is very popular here- I talked to a woman who works in the hotel who said she has had to grab knifes from people who are drugged out of their minds- right in this hotel,” Anthony Aguero told Bergquam.

The two men were on location while filming for their investigations on the Southern border.

Almost as if he knew people would wonder why the left is so unhinged and crazy- Aguero added, “40% of drugs come into the US come in this small sector.”

SO-Not having control over one’s mind- is literally what Bergquam and Anthony Aguero saw demonstrated in one man’s behavior -as he was in the street fighting with motor vehicles on Friday night, as deranged leftists were downtown rioting over a SCOTUS ruling they didn’t like.

Aguero explained in the video what happened when he called the police. Together the two friends explained the entire problem with letting Democrats have government power- which was demonstrated perfectly in their short video.

FACTS ABOUT THE CONSEQUENCES OF INSANE LEFTIST POLICIES:

Drugs are pouring in over the unprotected Southern border which is leaving the country open to untold crime and danger.

The establishment is busy in DC with a political drama to impeach President Donald J. Trump for the third time, so he can’t run for POTUS again.

The Left is threatening to disable the fragmented local police departments, and disempower the remaining law enforcement we have left, with crazy ‘woke’ policies.

Elite RINOS- Democrats are pushing laws about guns and ammo, forcing Americans to worry about their ability to protect themselves from violent crimes.

Political -street actors are in the streets being violent over the SCOTUS running that overturned Roe V. Wade- thereby distracting the tiny bit of protection given to citizens.

People are in danger because of a lack of adults being in power.

Here is the proof of the consequences:

“If you vote for Democrats, this is what you get! While the baby-killing leftist demons were out throwing their temper tantrum last night, this is what happened at the hotel @realAnthony and I were at in Tucson, AZ and it’s what’s happing all over the country in WOKE Democrat run communities! No more compromising with evil. It’s time to defeat it!” Bergquam wrote.