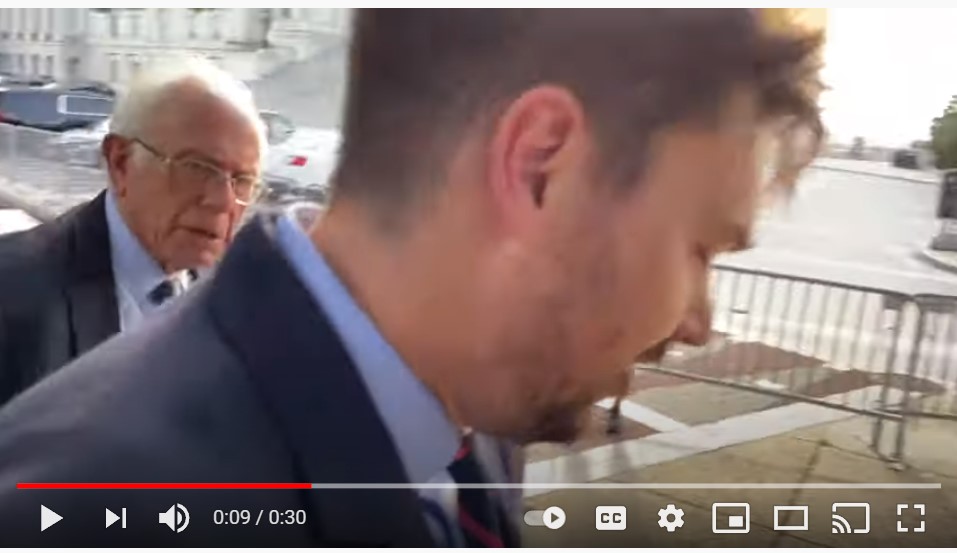 On a recent trip to Washington, Dr, Ben Bergquam, the founder of Frontline America, who is also a reporter for Real Americas Voice, stone-cold-busted Democrat Senator Bernie Sanders for his obvious disdain for the working-class people of America.

Sanders, whose only job in life has been in politics, and who sold out his own supporters TWICE, once to Hillary Clinton and once to Joe Biden, is a very, very wealthy man. Sanders pushes Socialism and Communism for the “little people” like Bergquam, while enjoying all of the perks of wealth and power. Bergquam is a working father with a wife and two young children.

Watch as Sanders shakes off Bergquams questions about how Sanders expects to pay for massive government spending. Watch as Sanders flees from any serious interactions with a concerned American.

“We will get it from you,” Sanders says as he smirks and runs off. A member of Sanders’ staff tries to block Bergquam from approaching Sanders, a civil servant, from facing any more questions.

“At least he is honest about something,” Bergquam said.

Please share this video with everyone, so people know how little our civil servants are concerned with how their out-of-control spending habits have damaged our lives.