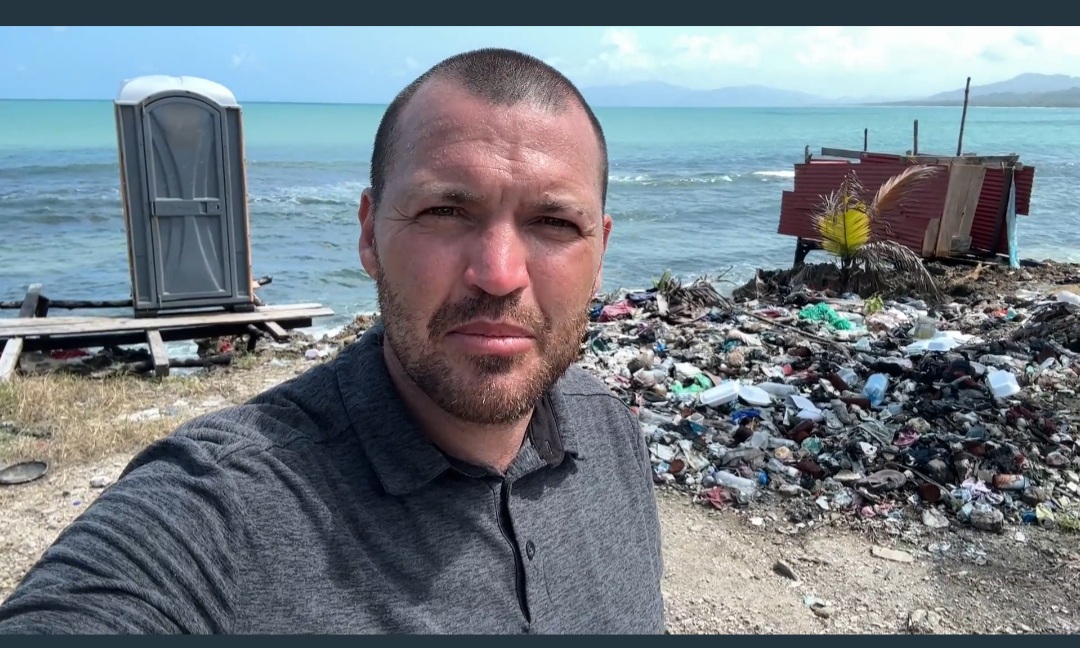 The left are hypocrites, and here is another story to prove the damage they do when they make political policies that destroy people’s lives- while they watch it all happen from the luxury of their pampered lives in faraway lands.

As we know, Leftist nonprofits and NGOS in partnership with the United Nations, have triggered a massive human migration- to leave the countries disabled by socialism and communism- to seek new lives in countries the left doesn’t have as much control over, such as the United States.

Currently, the leftist machine is driving people from Central and Southern American countries into the United States of America.

Ben Bergquam, the host of Law and Border on Real America’s Voice, are in that area and following the migration path. They stopped in the tribal lands to video the damage being done. Berguquam dressed the scene and said:

“illegal aliens were here. This is incredible. We’re at one of the camps from the Guna Indian tribes. You can see their actual Village off their back in the distance, to my left; they had to set up this encampment because of the number of illegal aliens that we’re coming in, who are being invited in by the open borders left.

Now the number of people that are coming has decreased to this area recently. They’re going through another trail in another area, but this is what’s left behind. We are in one of the prettiest places on the planet. Where’s Greenpeace? Where are the environmentalists? They are at Davos right now, talking about climate change, allowing this to happen. And they don’t even talk about this, I mean, look at the amount of trash that’s left behind just in this little pile and it goes down the beach. Every one of these porta potties set out over the ocean. They did this so that they would crap into the ocean instead of all over their community. Every one of these is full of trash; they don’t say anything about it because it’s not about climate change. It’s not about the hoax of global warming; it’s about money and power.

By the way, we were just informed that the New York Times came here a few weeks ago, and I have not seen any reporting from the New York Times. The biggest leftist newspaper in America. One of the biggest in the world. I haven’t heard anything about the devastation. Illegal aliens are causing damage to the tribes to the jungles to all of the Central and South American people. I didn’t hear anything from them about this; I haven’t seen any of these pictures of New York Times fake news fake fraud. News,” Bergquam said.

Radical Democrats have forced American border towns to remain wide open to allow 3rd world migrants into our country and pushed for policies that would allow them free reign in the country- and the left has gotten very rich off of the misery they have caused the US and all of the towns, villages and encampments along the way.

Bergquam and Oscar El Blue Ramirez, both correspondents for Real America’s Voice, have taken a journey to find out what is driving this migration and also what effect it has on the innocent people in the migrations Path. This is the footage that the two took, which no corporate media is brave enough to show people:

A frustrated local talks about how the clean water source for the village has been polluted and destroyed with human waste and litter:

The team visited another area that was destroyed by the migration as well: