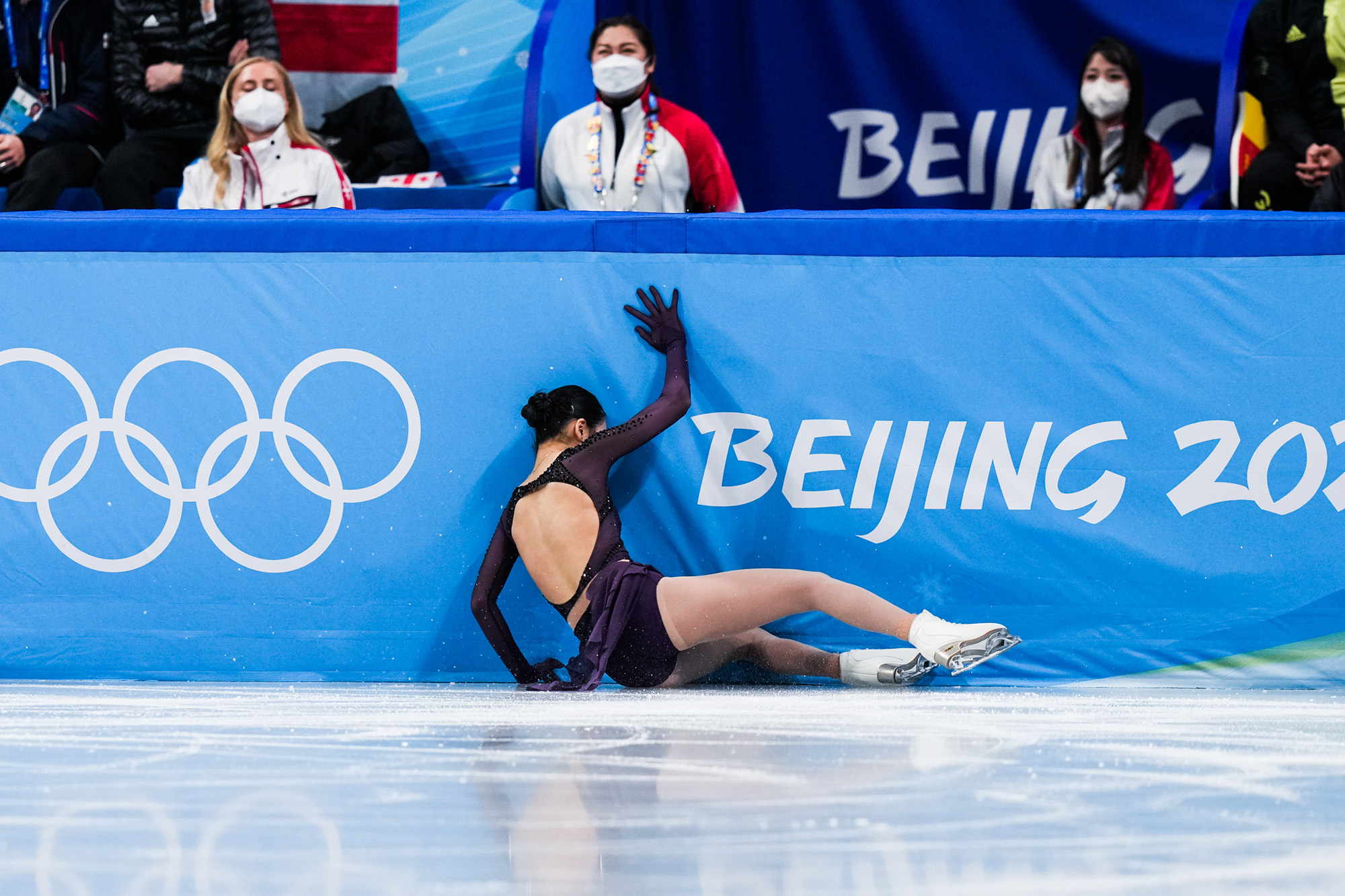 So, how is that Communism working out for you so far, Zhi Yi? Is the question on some viewers of the Beijing Olympics this year- although ratings are terrible.  Yi’s less than stellar recent performance in ice dancing was viewed by fewer people than usual this year, but it was humiliating for her nonetheless when she wiped out for the second time.

“US-born Chinese figure skater Zhu Yi falls AGAIN and breaks down in tears at Olympics… a day after being branded a ‘disgrace’ by her countrymen for finishing last after giving up American citizenship to compete for Beijing.

Figure skater Zhu Yi, 19, was left in tears after falling again in the women’s short program team event today
Yesterday she finished with the lowest score on day two of the event, falling twice during her Olympic debut
Zhu, born Beverly Zu, decided to compete for China in Olympics and changed her name and US citizenship
But some people have also questioned why the California-born athlete was allowed to represent China.”

Zhu Yi is an American-born Chinese figure skater who competes in women’s singles. She has competed in the final segment at two ISU Championships, placing 13th at the 2020 Four Continents Championships and 22nd at 2020 World Junior Championships.

“Yi,19, was chosen to compete for China after she gave up her American citizenship and name in 2018, but she did not deliver on the ice on Sunday. She fell twice during a free skate team competition and landed the lowest score, knocking the team down to fifth place,” according to CNN.

Chinese fans were furious with her, mocking her online, but that was the world she chose for herself, so there is little sympathy for her from her birth country.

“The teen left the skating rink at Capital Indoor Stadium in tears Monday after she fell twice during the free skate event, part of women’s team competition. China finished fifth in the event,” CBS News reported.

After finishing last , her scores dropped China’s position from third to fifth. Following her Sunday performance, Zhu told the South China Morning Post that she was “upset and a little embarrassed.”

“I guess I felt a lot of pressure because I know everybody in China was pretty surprised with the selection for ladies’ singles and I just really wanted to show them what I was able to do but unfortunately I didn’t,” Zhu said.

Chinese fans turned to Weibo, a social media platform predominantly used in China, and called her an “embarrassment” and others justified the attacks online, saying she “deserves it.”

“Zhu’s participation was controversial before she stepped on the ice representing the Chinese flag. Some Weibo users took issue with her not knowing how to speak Chinese fluently and spouted conspiracy theories that she was only chosen to compete for China because of her father, Song-Chun Zhu, a well-regarded Chinese artificial intelligence professor who teaches at the University of California, Los Angeles,” A CBS reporter wrote.

Zhu, who was born with the name Beverly before changing it to Yi in 2018, will have her chance at redemption on February 15 when she will compete in the singles competition.