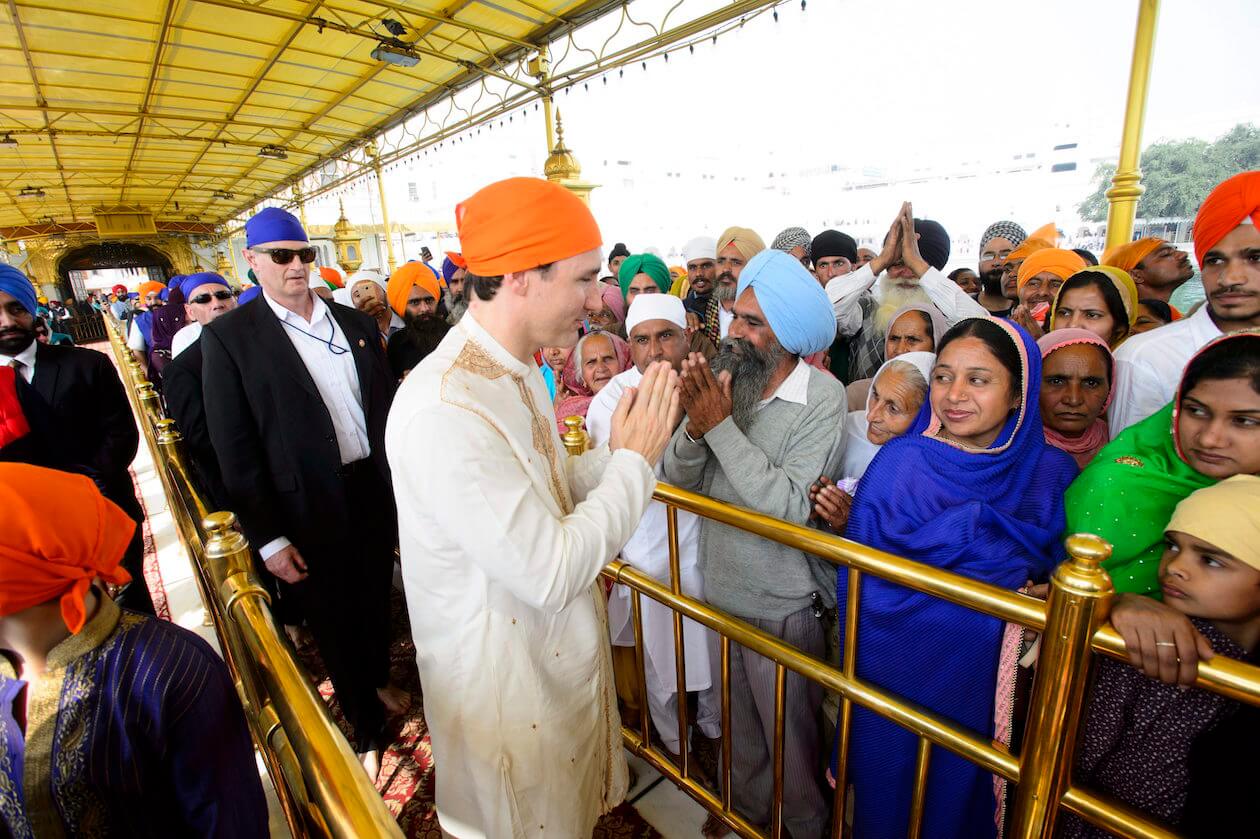 Justin Trudeau claims protestors in Canada do not have the right to block the economy after supporting the protesting farmer’ in India for the exact thing, showing his political hypocrisy in a country with some of the most difficult COVID restrictions.

Trudeau is no dope soul- he is clearly a tyrant.  Why is it ok to protest in India- and not in Canada?

Trudeau is in a battle with working-class truckers in Canada and what happens there may set what happens in the United States as a similar “Truckers Convoy Protests” is forming.

“When thousands of ‘farmers’ blocked the roads connecting to the national capital resulting in losses running into crores, Trudeau and many other Canadian leaders had supported them,” according to OpIndia.

Trudeau is trying to get about 1,000 truckers and their massive -worldwide movement- that has centered around Otowa, and he is not happy.

Trudeau posted on Monday that he is going to escalate the situation, which Truckers say is nowhere near ending until all COVID measures are over.

Op India reported on the tweets:

On Tuesday (February 8), Canadian Prime Minister Justin Trudeau took to Twitter to claim that protestors cannot stall the economy under the garb of democratic rights. The development comes two days after the Mayor of Ottawa declared a state of emergency over ‘Freedom Convoy’ protests in the Canadian capital city.

In a tweet, he said, “Canadians have the right to protest, to disagree with their government, and to make their voices heard. We’ll always protect that right. But let’s be clear: They don’t have the right to blockade our economy, or our democracy, or our fellow citizens’ daily lives. It has to stop.”

Justin Trudeau vowed that the Canadian government will do everything necessary to bring the situation under control. He emphasised, “So far, hundreds of RCMP officers have been mobilized to support the Ottawa Police Services. We’re also working with municipal partners to further strengthen our response, and we’ll continue to be there with whatever resources are needed to get the situation under control.”

“Individuals are trying to blockade our economy, our democracy, and our fellow citizens’ daily lives. It has to stop,” Trudeau said on Monday.

The New York Posted reported on Tuesday about Trudeau’s remarks at an emergency meeting for Canadian government officials:

Trudeau has been accused of stoking division over his handling of the COVID-19 pandemic — as he branded the Freedom Convoy protesters swastika wavers.

Trudeau took aim at the thousands of anti-vaccine mandate protesters who have staged demonstrations in Ottawa for the last two weeks, declaring on Monday night: “It has to stop.”

“This is a story of a country that got through this pandemic by being united — and a few people shouting and waving swastikas does not define who Canadians are,” Trudeau told lawmakers during an emergency debate.

Trudeau’s remarks appeared to dismiss concerns from conservative lawmakers who have warned the hundreds of trucks that have been blocking major thoroughfares in Ottawa shed light on how divided the country has become.

“We are at a crisis point, not just outside the doors and across the country, but the country overall,” Candice Bergen, the country’s conservative interim leader, said.

“And so much of it is because of the things he’s said and done.”

It came as the protests that initially started in Ottawa extended elsewhere on Monday as truckers blocked access to the Ambassador Bridge — the busiest bridge connecting Canada to the US, police said.