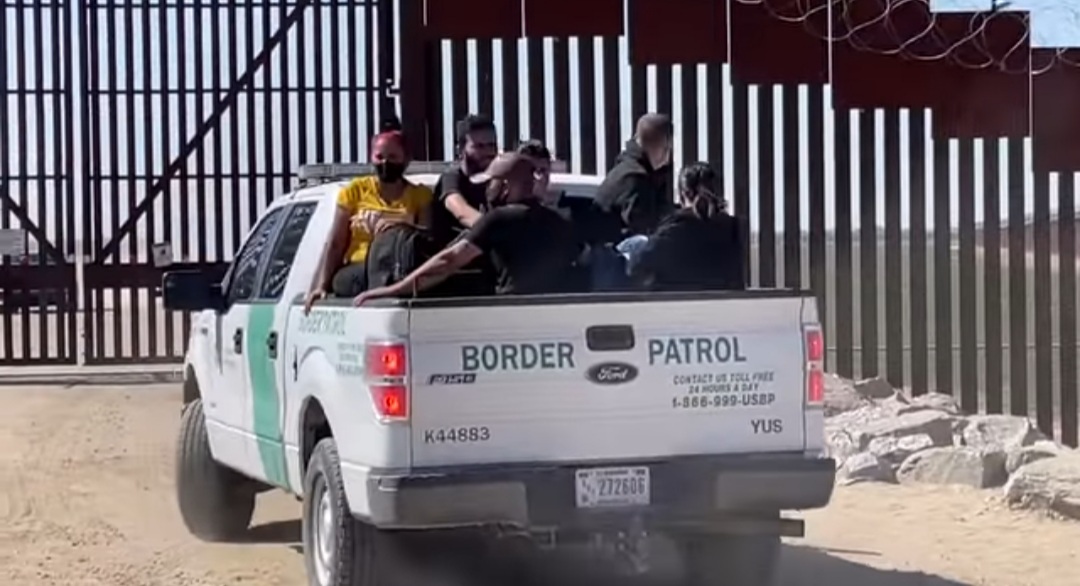 Ben Bergquam did a livestream on Monday and interviewed a 36-year veteran Sheriff of Yuma Arizona, who slammed the Biden administration for deaths in the desert and heinous crimes committed due to the enticing open borders on the Southern Border.

“The Democrats do not have a plan and that is a concern for us, we are concerned with border security. No one wants to see this. This is all Cartel driven and DC won’t listen to us. They don’t care what we see. 2000 miles along the border are controlled by the Cartels, ” Sheriff Leon Wilmont told Bergquam.

“These guys who were crossing in a group of about 12 in a car just now were in designers clothes freshly manicured, designer backpacks. It proves that what we are being told about the humanitarian reasons to let these people cross over because they are so poor is a lie,” Bergquam said.

“There are a lot of Cubans here,” he said. ” We are not getting people from Mexico, Central, Romania, Middle East and Africa,” he said.

Interviewing Yuma Sheriff Leon Wilmot, who said that Cuba and Venezuela are overwhelmed with border control. They handled about 200 in the beginning, but now there are about 400 per day. They are doing rotations and quitting tying up border patrol agents from having to do that, we can get detention people to drive vans and transport people, and that leads to hard narcotics and deaths in the deserts because of the trafficking of humans,” Willmont said.

“We have an MS 13 gang member with a felony warrant for his areas to hold on him in the facility. Yuma sector has several fraudulent family unities. People are renting kids. Border agents know what they are doing; we have been through this before. We need to do more DNA, so we do not facilitate the smuggling of kids.” he told Bergquam.

Watch as Bergquam records a group of wealthy looking youth get a ride over the border.