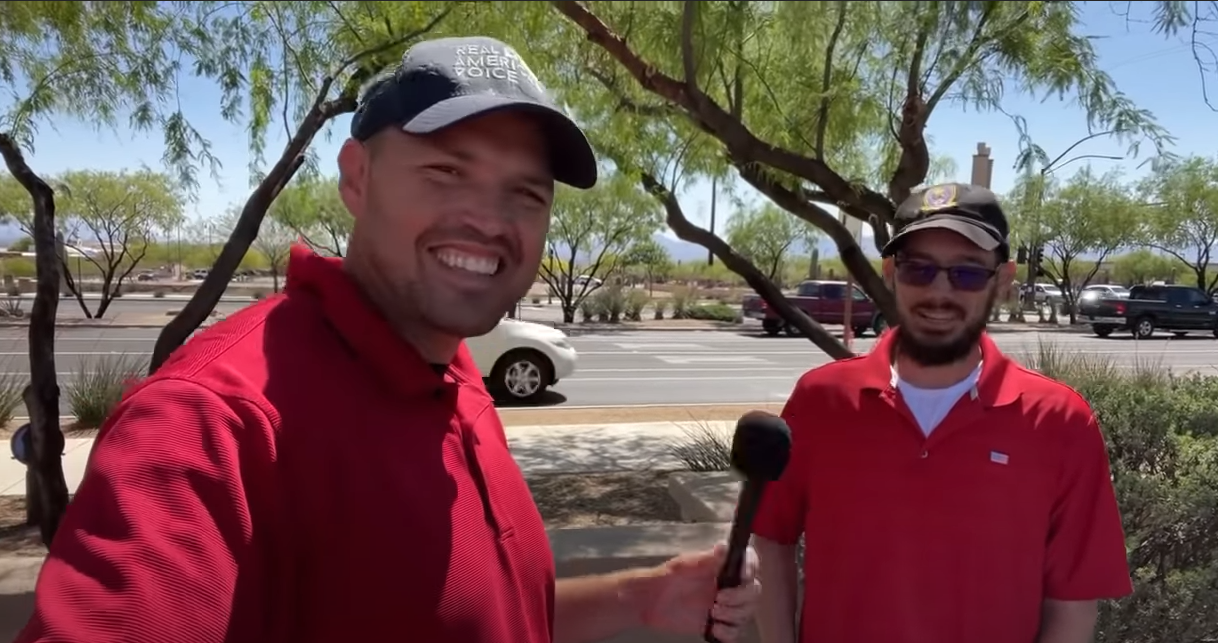 Ben Bergquam the founder of Frontline America spoke with a group of patriots in Arizona, led by a soon-to-be American citizen, who are pleading with others to come to America legally because that is the right thing to do. Their concerns were mainly with the drug cartels who endangered families and especially children, they told Bergquam.

“We are going to drive through to the border and make our voices heard,” other participants jumped in on the Livestream with Bergquam and said, talking about their plans to do driving activism.

The group thanked Ben to come out to highlight their activism, being such a small group, and getting media attention was meaningful to them.

“Sometimes there is just me at this activism. I want to encourage other people to do something where they are too, don’t worry if the group is too small,” Bergquam said supporting the caravan to the border participants.

“We started with two cars, and we are making process building a patriot movement against illegal immigrants, and defend our country,” the leader told Bergquam

Are you frustrated with the issues around the border? Watch this video and share, see what a group of Patriots did on Saturday.

Watch the convoy and the surprising reaction the group got.