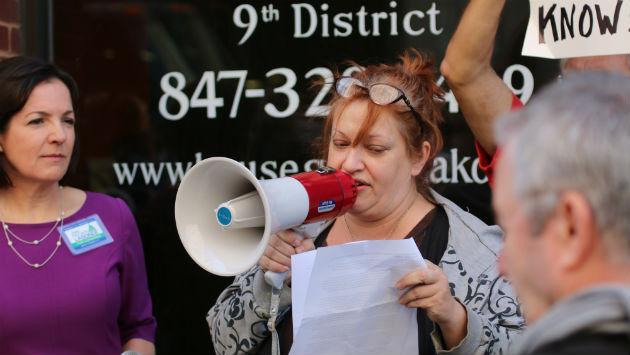 Local DC activist Suzzanne Monk, the founder of ReOpen America, has worked at her conservative political activism by building relationships with lawmakers in the area. That tactic paid off for her when she told one of her contacts about a situation in the D.C.C. Prison that Monk said she felt was destined to turn into a humanitarian crisis; the detainees from Jan. 6tU.S.U.S. Capitol, supporters of President Donald J. Trump, were turning into political prisoners, and no one was paying attention. But as of mid-Oct, the whole world knows that we have an American Gulag Archipelago unfolding.

“In a major rebuke of the Justice Department D.C.D.C. Department of Corrections, District Court Judge Royce Lamberth today found the jail’s warden and director of the Department of Corrections in contempt of court for refusing to turn over records related to the care of Christopher Worrell, a January 6 detainee who suffers from non-Hodgkin’s lymphoma and a broken hand. He has been incarcerated under a pre-trial detention order sought by Joe Biden’s Justice Department and approved by the court’s chief judge since his arrest in March; Worrell has been in D.C.D.C. jail used specifically to house January 6 defendants since April,” reported Julie Kelly for AM Greatness.

“These are the times Rebel legends are born,” Artist Sabo told me once about the choice people faced to get involved to save the country or to fall to pieces in despair. He was right. Monk is a Rebel Legend.

Monk, a seasoned activist, knew that the best place to start to get national attention for her concerns was to do two things. Monk first contacted a Republican in the House Oversight Committee who oversees the D.C. prison and brought evidence of her concerns. The second thing she did was contact her friends in the media to cover her progress at step one. Monk was successful.

Remember Monk was assisted by a lawmaker, who had the power to take her concerns and give them wings.

I covered her journey for The Gateway Pundit starting on June 8, exposing Democrat Mayor Muriel Bowser had been refusing to respond to an inquiry from the U.S. House Oversight Committee about the conditions in which the January 6th prisoners were being held.

From my GWP article:

“U.S. Rep. James Comer (R-KY), the Republican leader of the U.S. House Oversight Committee, sent Washington DC Mayor Muriel Bowser a letter in April, requesting information about Bowser’s established draconian conditions in D.C. jails keeping prisoners under her jurisdiction in solitary confinement for up to 23 hours a day. Further, Bowser’s refusal to answer to the U.S. House impacts her pursuit of Statehood for D.C. According to one local activist who has studied the situation, she has even made the situation worse because of the investigation.”

Many Americans are feeling frozen over the erosion of their civil liberties. So this is the perfect time for legislative action. At the same time, there is brokenness, there is also a growing movement of regular American people who are still utilizing their American citizenship perks’ to do great things for the country.

“And close the D.C. Detention Center down until real humane conditions can be created or a new facility is built,” Monk wrote on her Facebook page about her follow-up idea.

Her friends are going to build upon the idea too, armed with the knowledge that it works- they are not done. Monk’s associate and friend, D.C. resident Kenneth McClenton, is the founder of The Exceptional Conservative Network and will use his media platform to call for further investigation into the conditions at the D.C. jail, and take the issue a little further now. McClenton will focus on the Housing Agency.

What Monk did, when she contacted a lawmaker and spent the time to bring him the evidence he could use, set the ball in motion for what is unfolding now. That is the power of sound legislative action, and it is the average American activist, fueled by a love of country, that is getting the job done where many politicians have failed. The little persons still has the power, they just need to know how to use it.

America is still great because changes can still be made. So don’t give up.