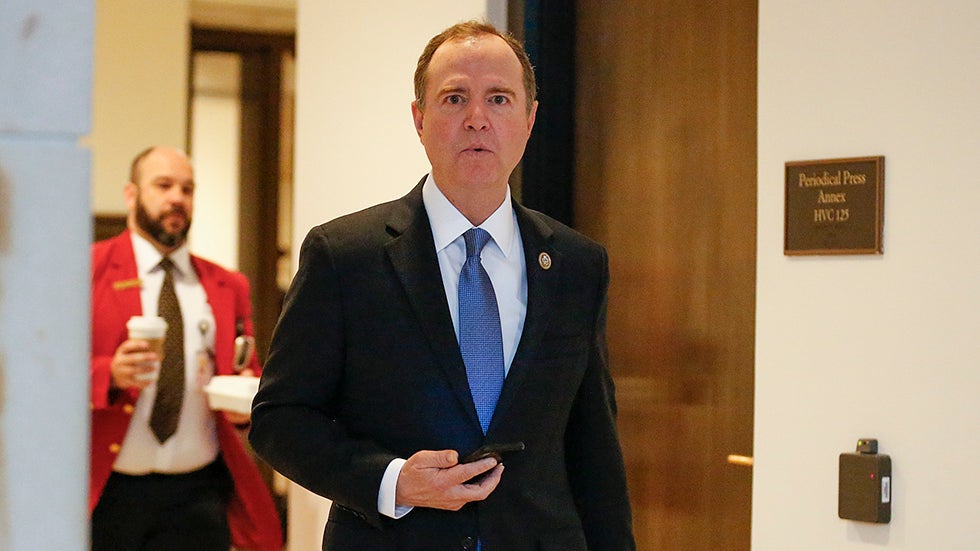 The news went viral earlier in the week about text messages on January 5th from one of the closest associates to President Donald J. Trump, Mark Meadows, about the use of the National Guard in Washington DC, the following day at the US Capitol.  Far-left radical Democrat Rep. Adam Schiff (D-CA) used the opportunity of framing Meadows for contempt of Congress charge, to use forged text messages to Meadows – to frame his political opponents.

Key Point: Adam Schiff has, for years, exploited a privilege he has to lie to the American people. He has been reckless with the truth, he has leaked important information to sources he knows will use it to harm people in powerful positions, and he has lied with immunity.  Now Schiff has been caught faking text messages. He appears to be untouchable.

“Not only did Schiff lie about the substance of the text message and its source, he even doctored the message and graphic that he displayed on-screen during his statement. The full-text message, which was forwarded to Meadows from Rep. Jim Jordan, R-Ohio, on the evening of Monday, Jan. 5, was significantly longer than what Schiff read and put on screen, but Schiff erased significant portions of the text and added punctuation where there was none to give the impression that Jordan himself was tersely directing Meadows to give orders to Pence on how to handle the electoral vote certification,” Sam Davis wrote for The Federalist.

Politico reported on Monday about the mysterious Meadows texts:

“Meadows Jan. 5 email indicated Guard on standby to ‘protect pro Trump people,’ investigators say The context for the message is unclear, but it comes amid scrutiny of the Guard’s slow response to the Jan. 6 violence at the Capitol.”

“It’s unclear who Meadows, the former White House chief of staff to Donald Trump, relayed the information to or whether it was the result of any insight provided by the Defense Department. But the exchange is of high interest to congressional investigators probing whether Trump played a role in the three-hour delay between the Capitol Police’s urgent request for Guard support and their ultimate arrival at the Capitol, which had been overrun by pro-Trump rioters,” left-leaning Politico reported.

By Sean Davis DECEMBER 15, 2021 Oops, he did it again. After leaking fake Donald Trump, Jr. emails, fabricating the transcript of a 2019 phone call between former President Donald Trump and Ukraine’s president, and lying about his interactions with the so-called whistleblower behind House Democrats’ first impeachment of Trump, Rep. Adam Schiff, D-Calif., is now running the same con against a fellow lawmaker. During a hearing Monday night on the riot at the U.S. Capitol on Jan. 6, 2021, Adam Schiff claimed to have proof that a member of Congress texted former White House chief of staff Mark Meadows to instruct former Vice President Mike Pence to overturn the 2020 presidential election results. Not only did Schiff misrepresent the substance of the text message and its source, he even doctored original text messages, which were obtained and reviewed by The Federalist in their entirety.” Donald Trump Jr chimed in on Twitter about the Federalist’s article, posting: “We shouldn’t be surprised given his actions over the past 5 years and given how my emails magically had their dates changed, but he will continue to do this till someone steps up & says enough! Schiff Doctored J6 Texts Between Mark Meadows & Jim Jordan”

Schiff has been lying for years, using the Speech and Debate Clause to protect himself and give himself immunity.  Apparently, Schiff believes that he can also tamper with evidence- and he may have a point since members of the DC elite, such as Schiff, do not have to follow the laws that the rest of us do.

As President of Judicial Watch- who sued Schiff over his use of the Speech and Debate Clause, pointed out, this is not Schiff’s first rodeo with the truth and tampering with evidence:

“Schiff laid the groundwork for the Pelosi 1/6 Trump committee abuse by taking and publishing phone records of Rudy Giuliani. Now his gang has expanded the abuse to dozens of other Americans in what is, in effect, a third sham impeachment of President Trump.”