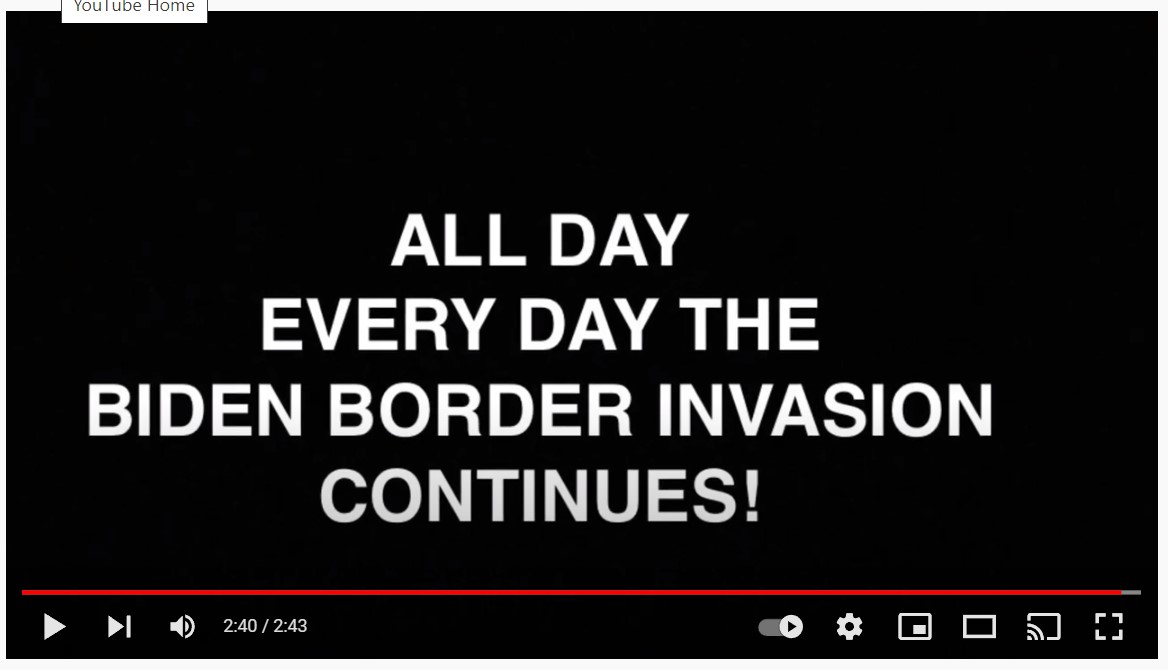 Ben Bergquam was in Roma, Texas, with his cameraman last week to record an astounding injustice against all Americans while coughing migrants from all over the world, who are untraceable, cross the Southern Border of the United States and arrive safely into the protection of the Texas National Gaurd.

In part one, viewers saw Bergquam being harassed by a member of the Texas National Gaurd, who had instructed Bergqaum to disperse from the area and not film the invasion that Bergquam was focused on. The two men bickered back and forth, with Sgt. Sargent Moreno getting somewhat aggressive, demanding Bergquam flee.

Bergquam stood his ground and pushed back, saying that he had a right to be where he was and filming what he was filming.

In Part 2, viewers can watch as Bergquam picks up with the argument and shows that Ramos does end up retreating, leaving the space for Bergquam to continue to film. What he then reports on is heartbreaking and frustrating.

One migrant is heard off in the distance coughing with a very heavy cough, as Bergquam reminds viewers that Americans are under COVID restrictions still and suffering from lockdowns and mandates, yet-foreign people are being ushered into the country, protected with our own taxpayer-funded law enforcement, and while the media is given little explanation of what is happening.

After the Staff Sargent left, the real reporting went on:

“Joe Biden is inviting this into our country and using our National Gaurd Troops to protect them,” Bergquam said showing the landscape that is littered with migrants. “We have 200 plus here, and another huge group coming across and they are more worried about me filming it than they are of me filming it. This is insane. No one even tried to stop him. This is the worst I have seen it. There are Cartels just living here, and watching the idiots in America let it happen. They want us to worried about the new moronic variation to come across- while all these illness are coming across,” Bergquam said.