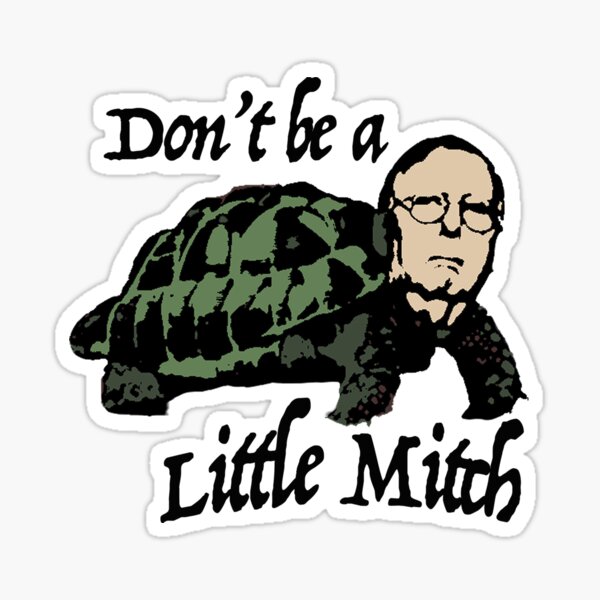 US Senator Mitch McConnell has been a leading member of the treacherous and established order in Washington DC for decades because he is a top vicious liar and opportunist every time he has had the opportunity to do something good for the United States and the American people.

The battle between good and McConnell is legendary. Now he is getting called out in a public and blistering rebuke. According to the Office of the 45th President, McConnell can’t stop his obsessive hatred for Liberty lovers, as exhibited by McConnell’s own behavior.

From Election Day, November 3rd, the day I realized that the 2020 Presidential Election was rigged, I would never have agreed to go to Joe Biden’s Inauguration. This decision was mine, and mine alone. The old broken-down Crow, Mitch McConnell, had nothing to do with it.

According to third-rate reporter Jonathan Karl of ABC Fake News, McConnell unsuccessfully tried getting a letter signed by others for me not to go. This was nothing I ever heard of and actually, if he ever did get it signed, I probably would have held my nose and gone. The Election was rigged, the facts are clear, and Mitch McConnell did nothing. He was probably too busy working on deals with China for his wife and family!

DON’T FORGET WHAT MCCONNELL’S FAMILY IS ABOUT

President Donald J. Trump gave “The Turtle” as McConnell has been called, many chances to be decent during the last 5 years. Trump even gave McConnell’s wife an awesome government gig- as Transportation Secretary – and still, McConnell took advantage of what he could, and turned against the very people who fund him.

Elaine Chao, McConnell’s wife was given a cushy job by Trump as the Transportation Secretary- and she abused her power, and got away with it. The McConnell have a serious problem!

Far-left radical Pete Buttigieg took Chao’s place and he is having a terrible time, as a crisis is looming of stranded shipping containers pile up, unable to be unloaded.

But why can those containers not be unloaded? Perhaps Trump is telling us to look back to Chao.

Check out this article:

Lets not forget who the wife of Mitch Mcconnells wife is! https://t.co/e4cQqv7FSu

“A government watchdog has alleged that Elaine Chao, former transportation secretary and wife of Republican Senator Minority Leader Mitch McConnell, abused her power while in office. The watchdog said that she should be prosecuted for it.

An inspector general overseeing the Transportation Department announced its findings in a 44-page report released on Wednesday. The report accused Chao of a dozen instances of using her office’s staff to conduct personal tasks and work related to promoting the Foremost Group, a New York-based shipping business owned by her father and sister. The business does extensive business within China, according to the Associated Press.

If true, the allegations would violate federal ethics rules. But even though the inspector general relayed reports of Chao’s alleged abuses to the Justice Department’s U.S. attorney’s office and its Public Integrity Section last December, the Justice Department declined to investigate, citing no evidence of criminal wrongdoing.”

Interesting how that works out.