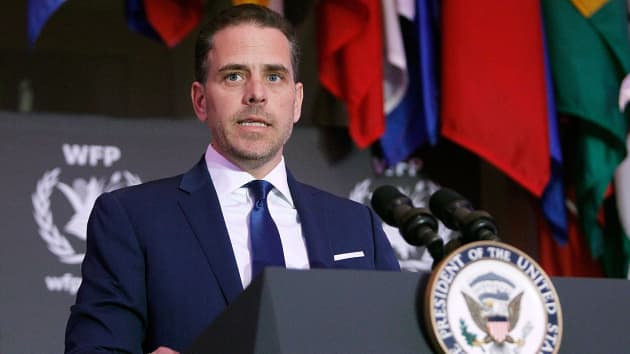 Naval veteran, Jack Maxey, visited North Carolina recently and talked about his research into the contents of Hunter Biden’s laptop. Maxey, a former co-host of the War Room Pandemic podcast, reminded attendees of the NC event in September, as covered here, that he had delivered the illegal contents of the laptop to the US Senate Judiciary Committee months ago- yet there had been no investigation that he knew of, as of that date.

Key Point: MSM did not cover the story of that transaction between the US Judiciary Committee and Maxey, and it is important to remember that there are Republicans on that committee who remain silent about what Maxy calls “the Biden Crime Family.” It should have been especially noteworthy to North Carolinians because their US Senator, Thom Tillis, sits on that committee.

IT IS ALL COMING OUT-WHERE IS THE SENATE?

In one of Maxey’s most recent interviews, the criminal enterprise that involves Biden, from as far back as when he was Vice-President, is coming out.  The Senate should care about that.

“Ths might be best interview I have done. It is a long interview that I did on Friday night w RedPill78. It is quite an in-depth interview with great questions. Also, a highlight was getting to talk to one of the Gallanis sons whose father and brother are hidden in the fed penitentiary system. You will remember Devon Archer is about to be sentenced also because they stole over $40 million from the Ogala Sioux in a fraudulent bond offering while Joe was VP – but not the princeling, crack head, child-abusing traitorous son of the President, Hunter ,” Maxey told me.

WHAT ABOUT THE RUSSIANS?

Maxey’s service to the country was taking the laptop to the US Senate. And after years of saying they cared about “Russian influence,” they ignore the apparent ties to actual Russian corruption.

And the US Senate Judiciary is not saying anything. Look at the ties:

WHERE IS THOM TILLIS- NORTH CAROLINA?

According to Maxey, there is telltale evidence of massive government corruption, when investigated that ties together many members of “the swamp,” including Democrat Joe Biden.  At the NC event, Maxey talked about evidence and the fact that had the evidence been available to the American people before the last Presidential election, we would not be in the mess we are in today because fewer people would have supported Biden.

There is massive evidence on the laptop, which has been confirmed as having belonged to Hunter Biden, that Hunter Biden participated in drug use and many sexual affairs. However, it is most important to remember that the laptop contains emails showing the corruption that has destroyed so much of our country.  So why is no one willing to do a government investigation?

Watch as Maxey describes the contents of the laptop, and encourages people to call their representatives and demand an investigation: https://rumble.com/embed/vmlhot/?pub=c28ob

The fact that the US Senate can not be trusted to evaluate what is important in their service to the people of the United States is something that everyone needs to grasp. It is clear that the US Government intends on allowing the Bidens and others to escape the consequences of their actions, while Veterans, like Maxey, stand alone and try to slay the dragon before he gets to the American people.