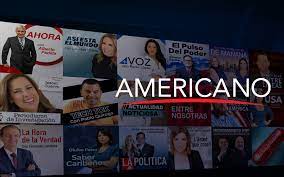 Just in time for the consequential 2022 mid-term elections, at a time of escalating battles to remove American- Latino and Hispanic voters from the brutal grasp of the demonic Democrat Party- comes another bold movie by Americano Media- they are going to radio with their messaging.

And the reason why that is necessary may be surprising to many people- because the Hispanic vote could change everything in November.

And until Americano Media that community has been dominated by radical far leftist media messaging– driving them toward political candidates who did not – in truth- reflect those voters’ values.

“What the Latino vote means in this November’s election. The Latino vote could be the difference in the race for Minnesota’s 1st Congressional District,” reported the Minnesota Press this week.

Minnesota is not a border town- right? Well, under Democrat Joe Biden- every US town has border town problems now. And Democrats counted heavily on capturing Hispanics and Latinos as their own. Never before has the Republican party made the amount of outreach into Spanish-speaking communities that American media has made.

Americano media is the home for firebrand Spanish-speaking American journalists and broadcasters who refused to be dominated by leftist George Soros and his hacks- because they believe in the America First message. The Americano team was unwilling to be bullied into takeover attempts by the left- who bought up the stations where they had been broadcasting. So some of them walked away from what had been co-opted by the left- and they forged their own way with a whole new network.

Now they are a part of changing the political landscape as the battle to capture the Hispanic voter rages on.

Communicating Conservative values and candidates in Spanish into the heart of the Hispanic and Latino communities of Miami, Florida, this move is likely a game changer for America First Candidates.

Hispanic Network to Launch on All New Radio Libre 790

“The joint endeavor with Audacy is a natural fit for Americano,” Americano Media founder and chief executive Ivan Garcia-Hidalgo said. “We provide the best Hispanic news-talk programming in Spanish, with the best hosts covering important current events, and Audacy’s audience is demanding that information. This is the first of many terrestrial radio syndication agreements for Americano, and we look forward to a strong partnership with Audacy.”

“We’re proud to introduce Spanish radio to our South Florida portfolio for the first time ever and empower the voice of so many of our neighbors in this community,” said Claudia Menegus, Regional President and Market Manager, Audacy. “With the launch of this station, we aim to not only serve our listeners but give them a reliable home for the news they seek and the information they rely on every day.”

Americano Media’s hosts, which includes former Radio Mambi hosts Nelson Rubio, Dania Alexandrino, and Lourdes Ubieta, will cover the day’s political and critical news events, technology, and breaking news. Americano Media produces 18 hours of original programming each weekday, with diverse Spanish-speaking hosts from 6am to midnight. As the first Hispanic conservative voice across the spectrum, Americano is bringing the very best in news, politics, culture, and tech to the Spanish-language audience.

Founded by a group of Hispanic business entrepreneurs, Americano Media Group aims to be the #1 Hispanic focused news outlet globally focused on the over 500 million Spanish speakers globally. AMERICANO strives to empower the Hispanic Community through credible and accessible news, frank discussion and constant advocacy all through focused entertainment content that supports Hispanic core values.  To learn more about AMERICANO please visit:  www.americanomedia.com