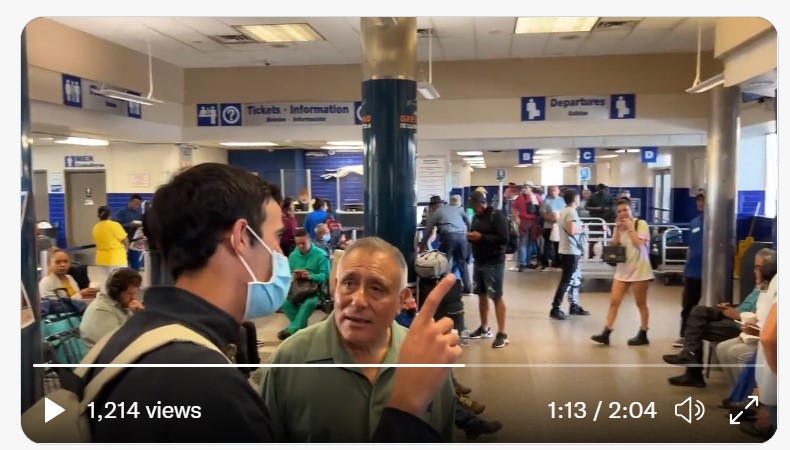 Ben Bergquam is a correspondent for Rel America’s Voice, host of his own show Law and Border, and a frequent guest on Bannon’s War Room, with program host Steve Bannon.

Recently Bergquam was on the scene in San Antonio Texas with an interpreter, together they visited a Greyhound Bus station and witnessed many busloads of illegal migrants being transported around the country and had a chance to talk to them about what they were doing in the United States.

The video is below.

Meeting the changing needs of asylum seekers, refugees, and at-risk immigrants in collaboration with others.

“Just to give you an idea of how much traffic illegal traffic is coming to your neighborhood through Greyhound, ” Bergquam said, narrating a very crowded bus station.

“Transfer immigrants around the country is now a whole new economy. It is an economy on the backs of the taxpayers,” George Rodriguez told Bergquam.

“So we’re subsidizing Greyhound. This is what they’re doing,” Bergquam noted.

“Bus after bus, After bus heading to a city near you,” Bergquam said.