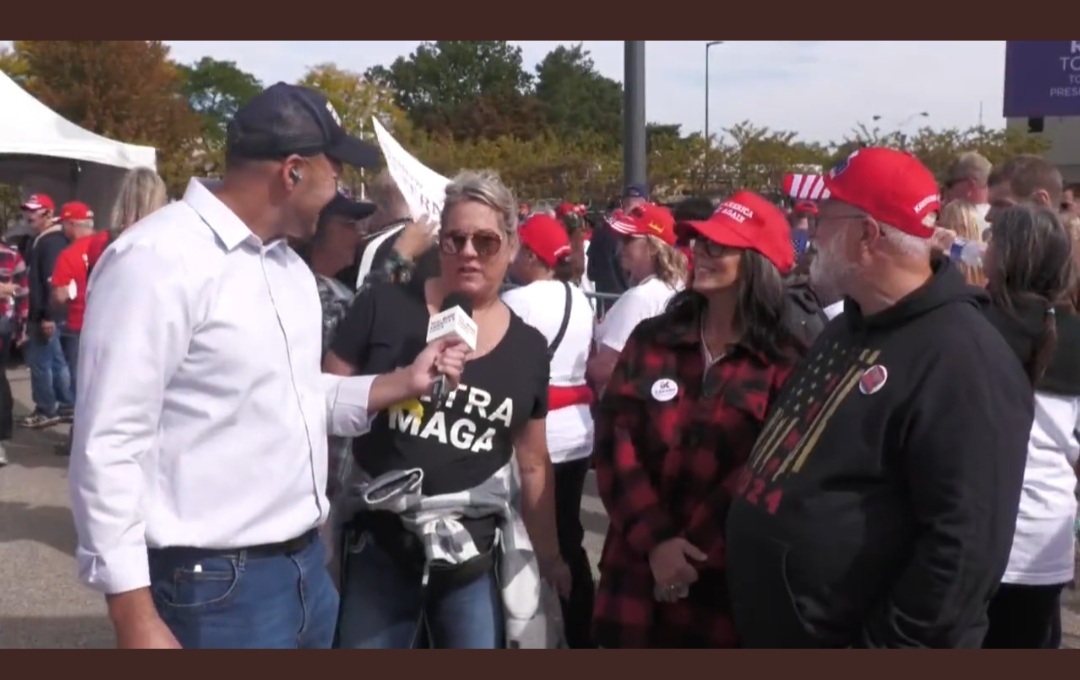 Ben Bergquam,is a correspondent for Real America’s Voice (RAV) and a frequent guest on RAV’s War Room program with notable host Steve Bannon. Recently Bergquam attended a rally for the Trump-endorsed candidates for Michigan’s November mid-term elections- including Tudor Dixon, who is running for Governor. Dixon is an associate of Real America’s Voice herself, showing the power of the people involved with independent media.

Bergquam had an opportunity to talk to three new ‘red pilled’ Republican activists who were participating with their local GOP groups as precinct leaders- each three having found their way by watching Real America’s Voice and Bannon’s War Room.

Here is what they had to say:

“Real America’s Voice has changed my life, and I think it’s changed things for millions of millions of others too- they’re giving us hope, and that’s what we need. I’m just so glad I found Steve Bannon and the War Room a few years back. It’s giving me so much hope.

“I’m a Precinct delegate because of Steve Bannon. He made me interested in running, and I was elected in April, and now I’m actually the chairman of my County party. So I’m here because of what you were telling me, Steve!,” one man said.

“This is what it’s all about, and tell me again, first-time rally, this is my first rally. And I remember the mainstream media doesn’t want you to see this. But, this is what is happening. The Maga movement is growing. Involvement is increasing, people are getting involved, and they are scared to death because they’re going to be exposed for the fakes that they are,” Bergquam said.