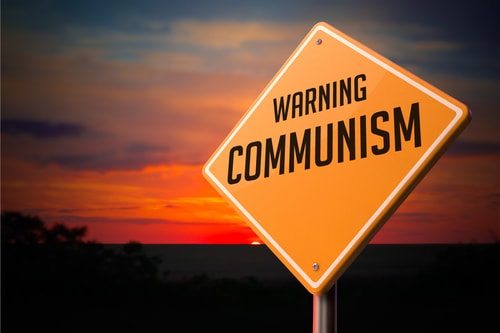 American civil life is being dictated to us by medical companies who are profiting from pushing unregulated and unresearched drugs, and by an out of control and very unpopular government- and it appears none of these folks understand that Americans never trusted them- and nothing has changed, and with these dudes in DC- nothing is going to change.

Regular Americans are smart enough not to trust the Government.

Americans understand the dangers inherent in our capitalism, and that is why we like our checks and balances- where the governed has the power and the right to say ‘no to the politicians and corporate monsters, who blow through every single indicator that Americans are not comfortable with the way the government/business alliance are pushing vaccines on us.

Regular Americans are able to contrast and compare public policy to determine the IQ and motivations of Government workers:

Regular Americans have common sense and can observe the world around us, without needing the Government to interpret for us:

Key Point: When the Government has the power to force their buddy’s business on us that is called “crony capitalism and when it is done with violent threats of domination and control- that is called Communism.

Because of Obamacare and socialized medicine in the United States, the left has destroyed Western Medicine, and they have brought Hell on Earth to us. We are in a mix between crony capitalism and Communism. Let’s be honest.

THIS IS WHY WE ARE SUSPICIOUS

Political consultants everywhere understand that at this point Joe Biden is unelectable. When Republicans, Independents and Democrats despise you, you can’t run for office.  Here is the truth- Americans do not trust Joe Biden and even the media who has covered for him- has to admit it.

Regular people know that Joe Biden is compromised and therefore nothing he says or demands carries with it the best interest of the American people, and so people are not going to listen to him:

The Epoch Times had a great analysis of just this point- why Americans do not trust the Government:

Around the United States, in numerous cases, hospitalized COVID-19 patients have asked for Ivermectin but were denied the drug, and then sought a court order forcing the hospital to provide the requested medication. Ivermectin, which has been used safely in humans since 1985, has shown promise in treating the virus, especially when taken early. Although it is an off-label use and not guaranteed to work every time, it is legal for doctors to prescribe Ivermectin for COVID-19, and many patients, some desperate and dying, want to give it a try. Why are so many hospitals opposed to trying safe, inexpensive Ivermectin? The answer is tied to the complicated financial house of cards covering the entire health care system. This isn’t a story about Ivermectin; it’s about what COVID-19 exposed in America’s health care system. The federal government, pharmaceutical, and insurance companies hold the reins on what care hospital administrators can offer. They never looked at your chart, but have a say in your treatment, and doctors who stray from administrative protocol can kiss their careers goodbye. Here is a look at the many forces driving health care decisions outside the doctor-patient relationship.

Indiana-based Dr. Dan Stock is a family medicine physician connected to America’s Frontline Doctors, a medical freedom organization promoting treatments such as Ivermectin for COVID-19. He says finances guide much of today’s health care landscape. “Almost no one pays for direct care anymore,” Stock told The Epoch Times. “You pay for your care as you give your money to the federal government through taxes, or to an insurance company through premiums.” The insurance company or the government buys the service for you as a third party. That’s a problem, Stock says, because “The federal government never has paid its bills. Every doctor and every hospital lose money on every Medicare and Medicaid patient who comes in the door.” And to make up the loss, he says, the cost of health care is inflated for those with private insurance.

And as long as sick people are profitable, how long will it take for the US Democrat Government- the most greedy, power-seeking body on Earth to allow a cure for the illness?

Conservatives remember when it was Hillary Clinton who tried to roll out socialized medicine. ‘Obamacare’ that was forced on us by Nancy Pelosi and Barack Obama was a long-time plan for control and cash.   Conservatives wanted more free-market choices.  The Hell that we are in now is the Utopia of the left’s.  This is exactly where they wanted us, unable to live our lives without their permission, while they have access to our wealth, with a white-knuckled power clutch on our children, our families and our jobs.

We are here because so many Americans checked out of politics- or voted for the Democrat-Communists we have now. That is a cold hard fact.  Conservatives have been pushing for the free market, for economic nationalism for decades, only to have lethargy in the American population to go and vote for it and support their own values.

If all of this vaccine domination does not convince the American voter to get active in the Republican party to bring out the most hard-core ‘America First’  candidates and to finally vote for serious-minded politicians- then nothing else will.

We have got to get out of this mess.