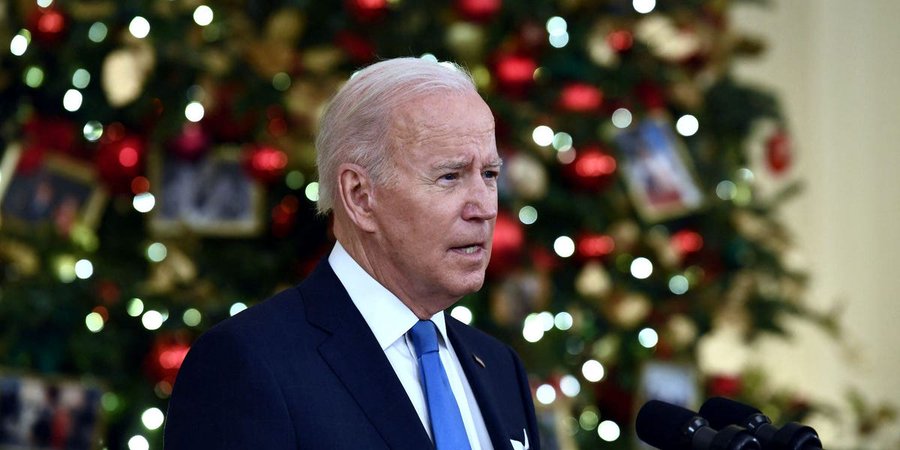 On Tuesday, Joe Biden gave a press conference that was a lot of nonsense, where Biden sounded like he was speaking to little children and not a country of sovereign citizens. Biden offered nothing at all intelligent about a virus that has crippled life in the United States. Instead, he acted haughty and condescending toward anyone who noticed that he is acting childish.

“Biden just said almost 400,000 Americans have died while he is president and “almost all were preventable” That is absolutely not true, it is disinformation, and he is a moron,” Buck Sexton reported on Twitter, during Biden’s speech.

HIS ADMINISTRATION ARE ALL A LITTLE NUTS

“The FDA is the Gold Standard”- Jen Psaki told reporters on Tuesday ahead of Joe Biden’s speech, who spoke without giving any evidence that . what he was saying had any truth to it.  Neither Psaki or Biden gave any evidence at all that the FDA had studied the safety of the vaccines, something that Americans are gravely concerned about. Instead, they just demand people get more and more of the shots and be quiet.

Biden’s speech focused on a massive amount of money the US Taxpayer would be spending on testing and campaigns to make people feel guilty for not getting vaccinated, and on creating a new medical system to push Masking, Testing and Shots- again without a shred of evidence that these things are necessary, or effective.

“Today we are making our plans even stronger to get people vaccinated. We are adding 10,000 new vaccination centers. We will deploy hundreds of more vaccination sites and FEMA will assist,” Biden said coughing. “We need more booster appointments,” including,  “we want parents to get children more boosters.”

Biden repeated over and over that the solution for all fears people had was getting shots. He offered no information about how he reached that conclusion other than telling people he had been told these things.

“I am acknowledging how tired and frustrated people are over this and reminding you that we have all experienced upheaval in our lives, but we are tougher and have the power of science and vaccines.  Let’s look at the steps we are taking to address the rise in cases,” Biden said.

“Get vaccinated, get a booster and wear a mask,” Biden said. “They are free. Over 60 Million people have gotten their boosters.  People with boosters are highly protected. People are asking if we are going back to March 2020, but I say no. One more than 200 Million have been vaccinated, and in March 2020 no one was vaccinated,” Biden said clearing his throat throughout his speech.

Pushing the idea that “today we are ready” for COVID, Biden used the image of fear to convince people that they must do as he said and get fully vaccinated.  “I say again and again, and again to please get vaccinated.”

Talking about his concerns that news stories were making money for people, that gave information counter to his beliefs, Biden talked about people being immoral for pushing “misinformation”.

“We will have emergency testing that has already popped up in New York.  We will have federal sites.  And we will have 1.5 Billion more tests sent to people’s homes,” Biden said, all at the expense of the taxpayer. Biden said that people in New York, reliant on negative tests so they could function in their daily lives- were no longer standing in lines. That was misinformation- as uncovered by Twitter posters.

Biden did not give a figure for what the American taxpayer will be spending on these plans for his, he did say “And the Federal Government will pay for it all.”

So someone is sure making a lot of money.  “We will have Millions more PPE and ready to mobilize 1000 troops to help hospitals. This is on top of more federal medical personnel.   National Response Center, to be near buildings and again the Federal Government is paying for everything.”

Biden told people to google: COVID TESTS NEAR ME

Biden gave no evidence that the federal government had paid for any scientific studies and offered zero research or data on the safety or effectiveness of the vaccine.

Also curiously, both press conferences today were barely watched, comments were turned off and dislikes were not logged.

“Thumbs up” for Biden’s speech were logged well before he started talking, and dislikes were not logged.  A small but further bit of evidence that the Biden administration refuses to address anything that does not agree with Biden’s money-making ideas for the test makers and shot pushers.