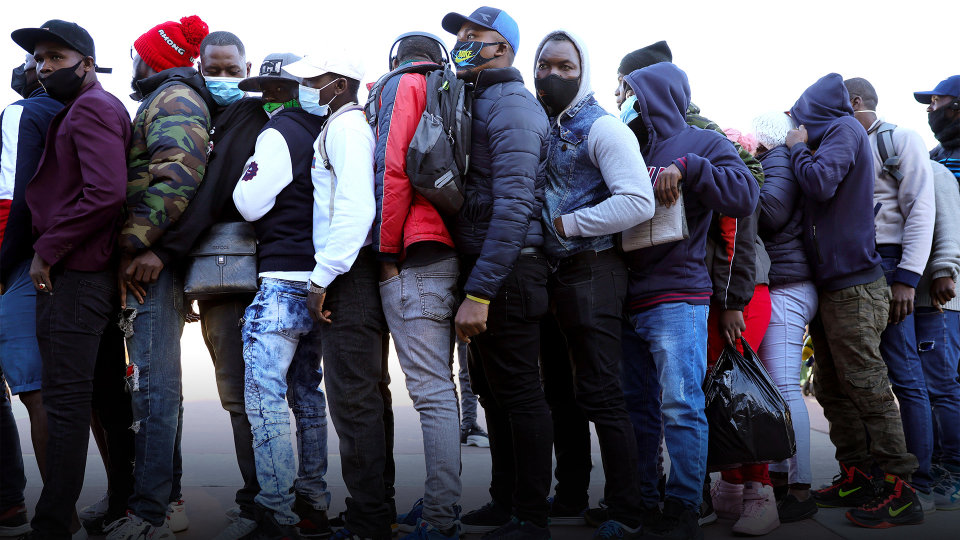 Ben Berquam, the founder of Frontline America reacted to being told to cover his nose with what he calls a “Facediaper”. He is not happy! And rightfully so, because as he has been reporting on for weeks, there is a humanitarian crisis unfolding on the border, including what looks like a super spreader situation in Donna Texas.

Listen to his story! Look at the frustration! Please share this article to show Ben your support, as he heads back to the border to bring us the real news!

Ben is so right! Check out this story from Project Veritas:

Shocking details have been exposed about the complex humanitarian crisis at the Southern border of the United States, where Democrat Joe Biden’s open borders policy has seduced astounding numbers of people, including terrorists and gangs, to come into the United States and rely upon massive government funds to deal with.

“These are never before seen images of what it actually looks like inside this facility,” O’Keefe said.

“These images show people wrapped up in what looks like foil, with their faces covered.  Why won’t the government show you?” O’Keefe said.

James O’Keefe is the founder and CEO of Project Veritas, a citizen watchdog group that exposes government corruption undercover.

From their press release:

The government had worked on detention facilities, but can’t finish the border security wall.

O’Keefe shows a man telling him that the government detention center is private property and had to leave the area.  O’Keefe then takes a plan and flies over the area to get coverage.

The photos were taken within the last few days.  There are 8 pods, with 8 cells.  O’Keefe said there are COVID issues, many medical emergencies, and unaccompanied young males.

“These photos are very, very grim,” O’Keefe said. “There are 3,000 people in this one detention center, and they are separate by age and side,” he said.

The Biden administration continues to stall reporters, refusing to give anyone any information. At the same time, they brew up their massive infiltration of America with ill and sometimes violent offenders, creating a massive and expensive crisis for the country.

“Why did Project Veritas have to do your job,@PressSec? Did the public not have the right to know?” O’Keefe posted.

The photos show hundreds of what appear to people wrapped up in foil lying almost on top of each other, and the images are startling.  If any of the left were actual humanitarians and not just driven by fake leftist propaganda, they would be up in arms at the terrible standards these people, who have in large part been invited to the United States, must face.

One must wonder what types of medical intervention people at the facility have for their COVID and how the Democrat government, which has dealt severe blows to Americans for mask usage alone, and other pandemic regulations, plans to contain the COVID from spreading in the government facility.