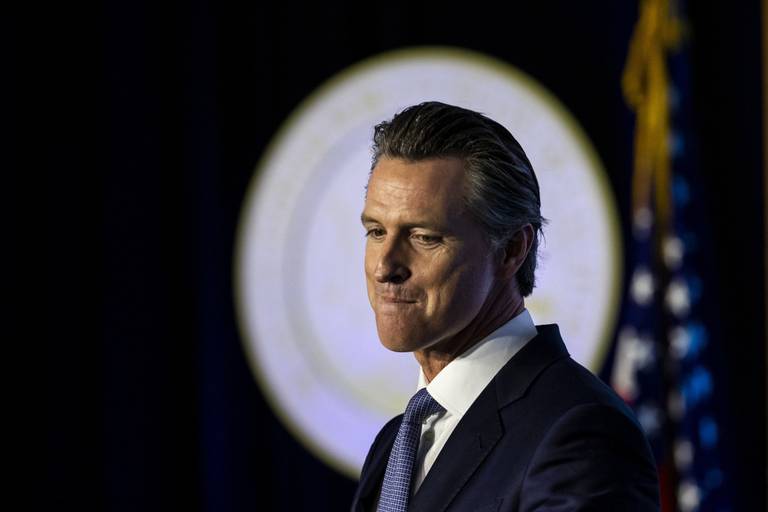 Gavin News, the Democrat Governor of California, is facing a severe backlash against his re-election bid for Governor in 2022, but that hasn’t stopped him from hitting the campaign trail to push an agenda that so many Californians hate.

“Newsom recall effort organizers say they submitted 2.1 million signatures by the deadline. The recall effort reached 2,117,730 signatures on its Wednesday deadline for a special election,” Fox News reported on Thursday.

Newsom has told people that the recall effort is “racist”.

However, that isn’t true. It is a Populist movement to displace a radical far-left agenda.

Politico reported recently, “the movement led by former San Diego Mayor and Republican gubernatorial candidate Kevin Faulconer only needed 1.5 million signatures to get the effort on this year’s ballot but aimed for 2 million to offset any invalid signatures.

“Our statewide movement has taken a giant step toward removing Gavin Newsom from office. Over 2.1 million Californians — Democrats, Republicans, and Independents — have signed this recall petition and made it clear that they are ready to turn the page on an elitist administration that has disregarded science while hurting millions of California families,” Faulconer said in a Thursday statement.

Now the election administrators in each of California’s 58 counties have the information the needed. They have until April 29 to verify the signatures the recall committee turned in.

“Once the recall is confirmed, a series of windows begin to open: Voters who signed the petition have 30 days to withdraw their signature. Then the state Department of Finance has 30 days to estimate how much the recall election will cost — a pricey endeavor in the nation’s largest state.

The legislature gets another 30 days to review the cost estimates. Then it’s up to Secretary of State Shirley Weber (D) to make a formal certification that petitioners met the signature requirements.

Once Weber makes her formal announcement, it’s up to Lt. Gov. Eleni Kounalakis (D) to schedule an election within 60 to 80 days. With all the review periods ahead, it’s likely that the election itself won’t happen until the fall — maybe as late as November.”

Newsome is definitely not striking a favorable chord with California voters, and he appears determined to focused on a disaster-filled agenda for the state’s residents. It is curious why he won’t listen and what is motivating him to keep pushing his Anti-American agenda.

Check out his campaign website: www.gavinnewsom.com Do you see the things that Matter to him, that do not matter to many other people?

No. People want him to move along..

Sing a long with Ben, the founder of Frontline America..