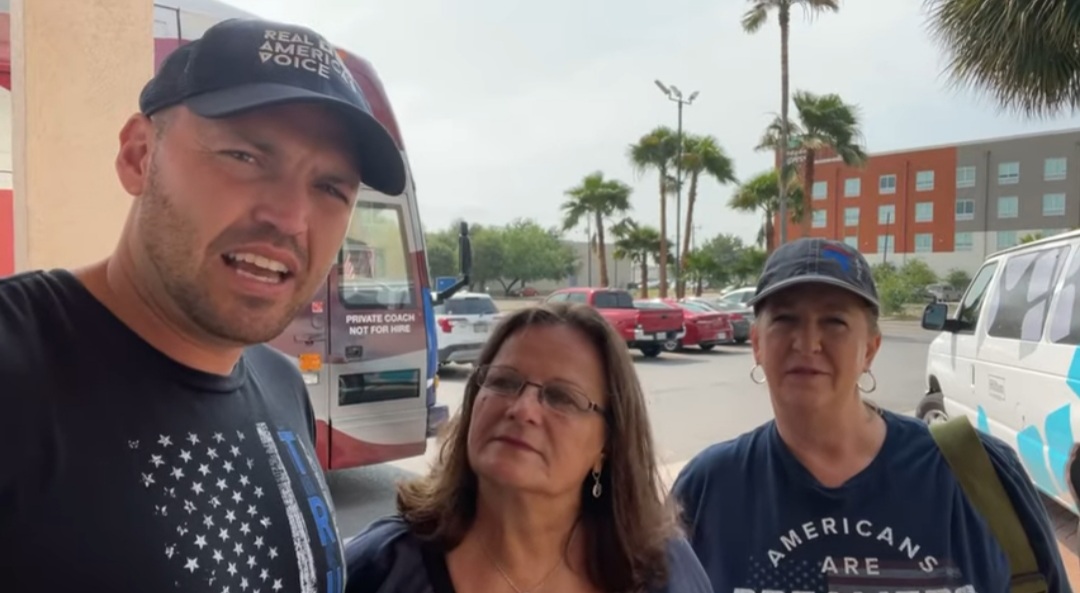 Ben Bergquam, the founder of Frontline America and reporter for Real America’s Voice (RAV), kicked off the first stage of his “Save America Freedom” Bus Tour with his partner Jeremy Herrell from Live from America and made a stop in Texas where they caught up with two Angel Moms, women who have lost a child to an illegal immigrant.

Bergquam’s video started out with some fun, catching up with his partner Herrell, who said he had spent a lot of time in prayer, with “unexpected things happening” adding in a “good way”.

The tour team greeted some guests, Agnes Gibony and Laura Wilkerson, prior to speaking even in Texas on border issues, who shared some moving and sad details about the murders of the children at the hands of illegal aliens and Democrat open border policies.

“I am a legal immigrant, and my only child was murdered by a previously deported illegal alien. Today is the 19th year anniversary of my child’s death,” Gibony said. “I want to know where Kamala Harris is, why is she not down here looking at the problems?”

Wilkerson talked about her son, who was murdered, tortured, and set on fire. “He didn’t do anything wrong, because someone who just walked over the border wanted his truck and killed him. We want parents to know that we do not really want them here. We want them at home with their children and safe, and we want to focus on saving one life. That is why we want to know where Kamala is, and why she is not here .”

CALL TO ACTION: Please support Ben’s journalism here at Frontline America as you feel led, and share this story to help us build awareness that Ben and Jeremy are out there looking for America.