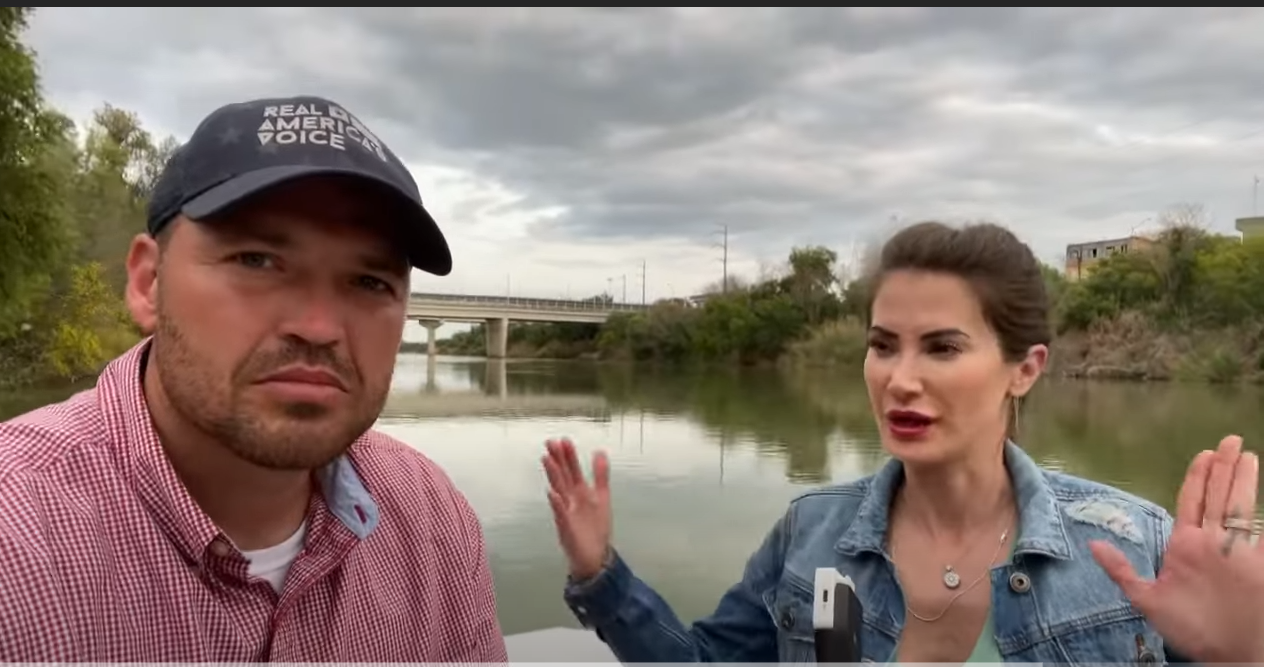 Ben Bergquam, the founder of Frontline American, was reporting on Steve Bannon’s War Room this week, for Real America’s Voice, from the southern border between USA and Mexico, in his continuing series exposing consequences of the Democrat’s reckless open border policies, which are attracting criminals to come through working-class areas on both side of the border, upsetting families and allowing terrible crimes.

“Look at this wall, you can see how they build it. The completed wall is there. Where is the media? Where is Biden? Where is Harris? We just saw 7 men cross here where the wall is ended. So they got the invite, and here they are Joe,” Bergquam said sarcastically, referring to the dangerous policies of the Democrats that appear to be luring people to come into America.

“I think Biden and Harris need to come here and see what is happening, and this is unsafe,” said an Angel Mom who rode along in the Rio Grande with Bergquam.

Bergquam and Amanda Head ride along the Rio Grande river with a camera crew for Real America’s Voice. One cameraman describes the condition of a deceased man on the river’s edge. Crime is a real concern. Listen to the conversation:

Bergquam and Steve Bannon discuss the condition of the wall and the policies of President Donald Trump compared to those of Democrat Joe Biden.

While on the War Room with Bannon, Bergquam shows the end of the wall. Law Enforcement comes and tells him to move. Watch his reaction.