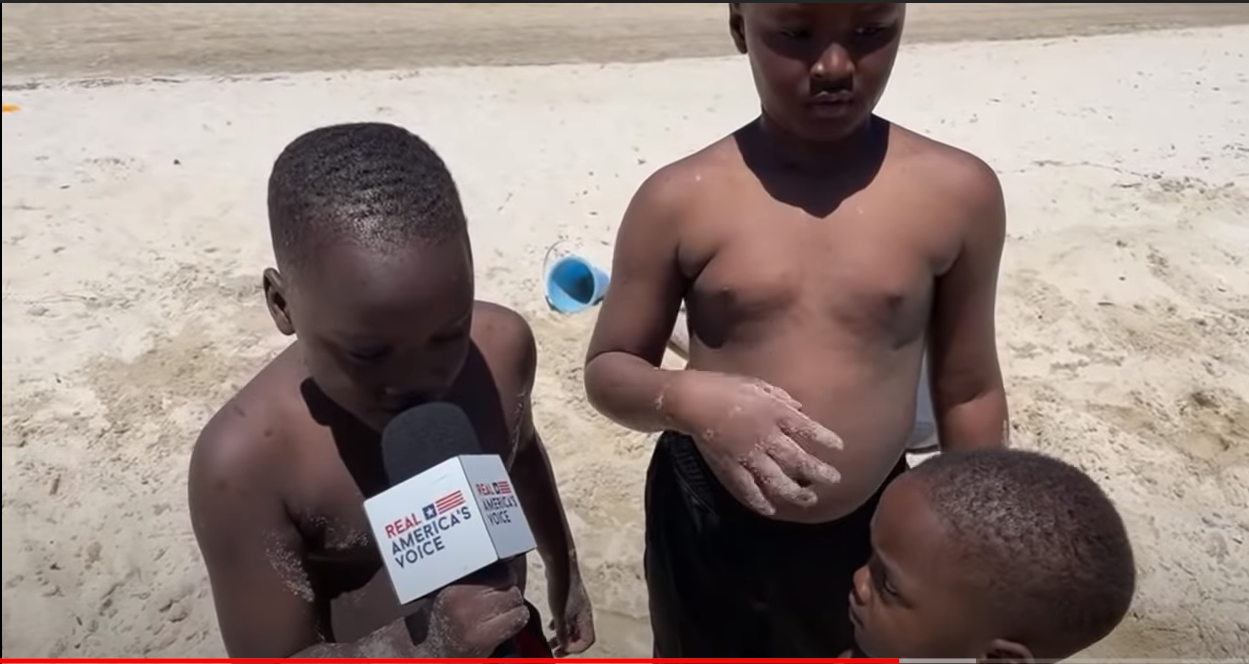 Ben Bergquam is taking a break from reporting on the border crisis to bring viewers stories from average Americans about what makes America great to them. The group he is traveling with made a stop at a beach in Gulfport Mississippi on their epic Bus Tour to save American on a Freedom Tour.

Bergquam was greeted by a curious observer, who saw the bus wrapped in Real America’s Voice logo about his ideas of the people who are rioting and causing problems in the cites.

“We need to aske people in the need help, and stop hurting each other. We can’t take the bullets back,” the man told Ben.

The Bergquam walked along and stopped to talk to some American families and their children.

The energy and enthusiasm for the American dream was alive with a group of brothers, who excitedly shared what they wanted to be when they grew up. They told Ben they wanted to be everything from an athlete to the “ruler of America”, in a heartwarming reminder of the hopes of regular American kids.

Ben Bergquam and Jeremey Herrell are accompanied by a Bus Driver and their prayer consultant and are driving through some Southern states on the way to Texas, where they will have an event on Wednesday. Along the way they hope to discover more of the real meaning of America.

CALL TO ACTION: Please support Ben’s journalism here at Frontline America as you feel led, and share this story to help us build awareness that Ben and Jeremy are out there looking for America.