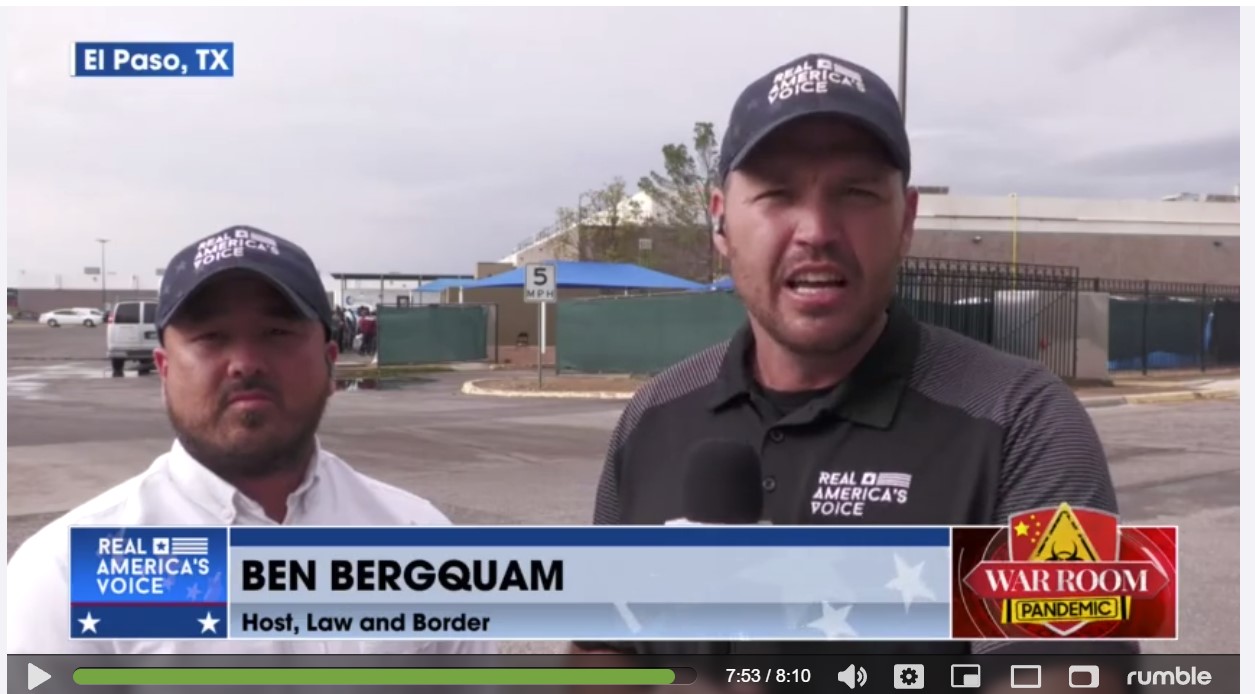 Anthony Aguero appeared on the War Room with show host Steve Bannon and with fellow reporter Ben Bergquam, host of Law and Border on Real America’s Voice, to give Bannon the shocking details of their undercover investigation.

And the two brave, patriotic journalists gave his recent footage of what appears to be a massive number of foreign ‘military-aged men’ being formally processed to come into the country illegally- with permission from Democrat Joe Biden.