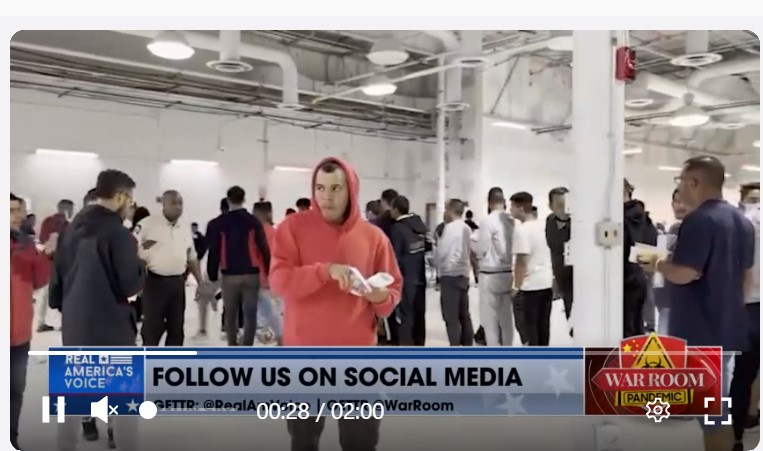 Ben Bergquam, host of Real America’s Voice, Law and Border scalded the left over the illegal invasion of our Southern border- that is destroying the country.

Too many Americans don’t understand the threats we face in the United States at the hands of Democrats who have been giving our country away- and if they saw the following footage from Berquam, they may feel ignited to get out and vote in November against the people who are damaging our country and for the candidates who are willing to be brave and push back on the numbers of illegals who are being given free access to the US.

Bergquam offers exclusive footage, at great personal risk, to help Americans understand what they need to know about- because the country is in deep trouble.

“It’s up to you to got vote this out in November,” Bergquam said.

Check out this video footage:

“Breaking footage of the illegal alien intake compound set up in El Paso, TX. Veronica Escobar said nine months ago that El Paso was going to be the new Ellis Island.@AgueroForTexas is right, how did she know? Time to hold Democrats accountable! “Law & Border”

Watch this for more about the processing center with footage from the War Room with Anthony Augreo and Ben Ben Bergquam: