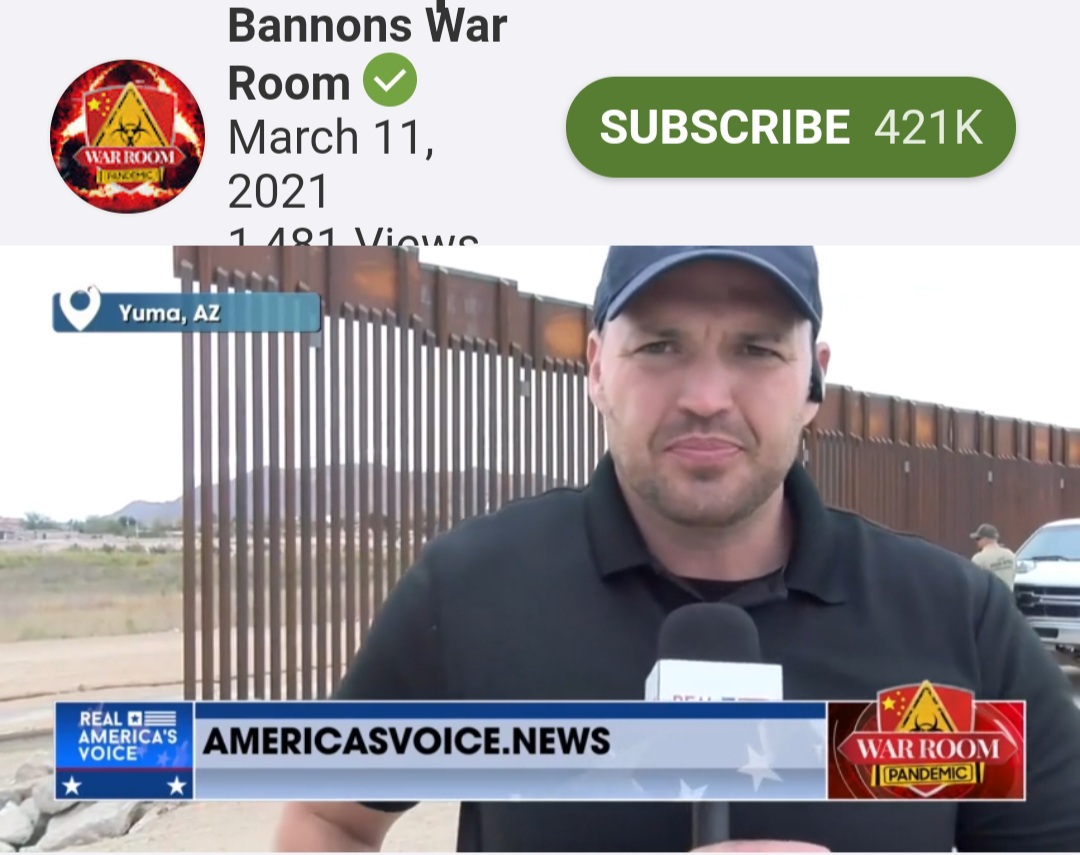 Ben Berquam was on Real America’s Voice as his Livestream footage from Yuma was picked up live on Steve Bannon’s War Room on Thursday.

“Live coverage with a live crew, and we just got the camera on them. That is just folks waslking acorss where there is a gap in the wall. There were 310 people. I can’t fault these people for coming over because as Jen Ptski said, they are insentivized to come accorss. They are going to get medical, and be taken care of, get welfare.,” Bannon said, introducing Berquam.

“We are right on the Mexico border. There have been groups all day coming thru here, where there is an open section in the border wall,” he said.

“We are going back to the Obama era asylum. These 5 men are sitting on the ground and they will be taken inside America. They have been told what to do and to say that they are here for asylum. These men are here from Hindoruus. They don’t have a collection center so they are taken around to different places. Facilities are being overrun. They only thing that stopped anything was Trump’s Stay in Mexico polic,” he told Bannon.

“That policy allowed Border Patrol to do their job and allowed them to apprehend people crossing the border illegally and then send them immediately back into Mexico to await their asylum hearing,” he said.

Watch, at this link, as Bergquan explains the shocking details of how things work under the Biden administration: