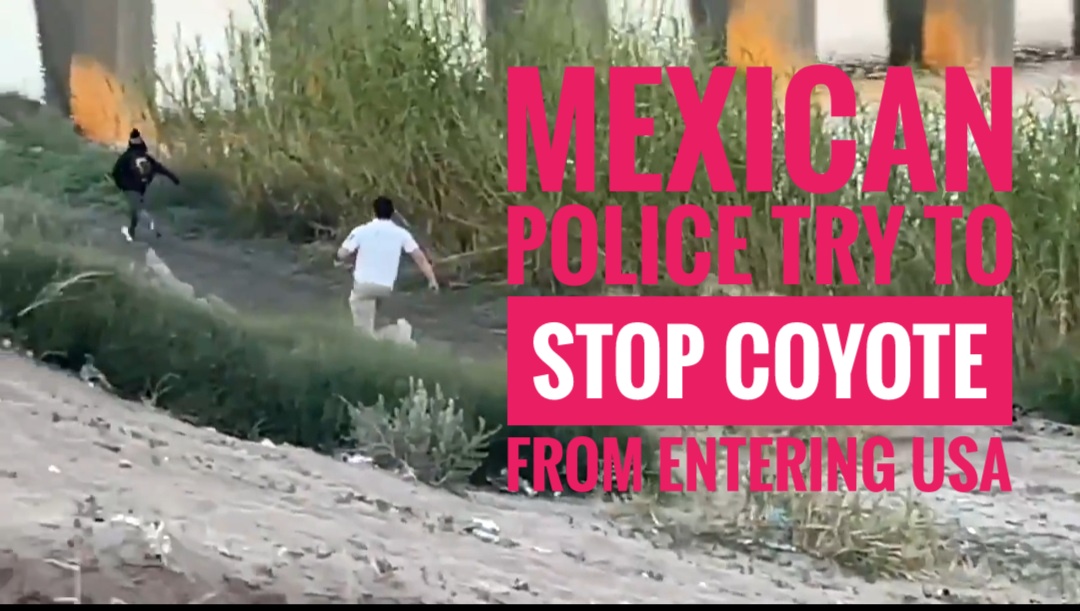 Thursday Night, Ben Berquam posted footage from the Southern Border near Yuma Mexico, showing a small group of young men who were being chased on foot by Mexican Police.

“They are running! We just came from the Mexico side. These guys are going across, and the Mexican border patrol is trying to catch them. They are coming in hot, and the Mexican Patrol is doing more than the Biden administration is doing. These guys are trying to catch the coyotes before they cross into America, ” Bergquam said, panning to a group of people gathering and standing, and then panning back to show an officer on foot, pursuing a person who appeared to be a young male with a pack back on his back.

“So when the police came, these other guys just stood and waited. None of them took off, and then two of the guys took off down the way, and they were chasing them, full-on, and now the coyotes are running along the border over here, and if they were like the rest of the people, they would have turned themselves in to border patrol. Clearly, they do not want to get caught,” Bergquan said.

Please share this video to show people how poorly the Biden Administration is doing protecting our Southern Border.