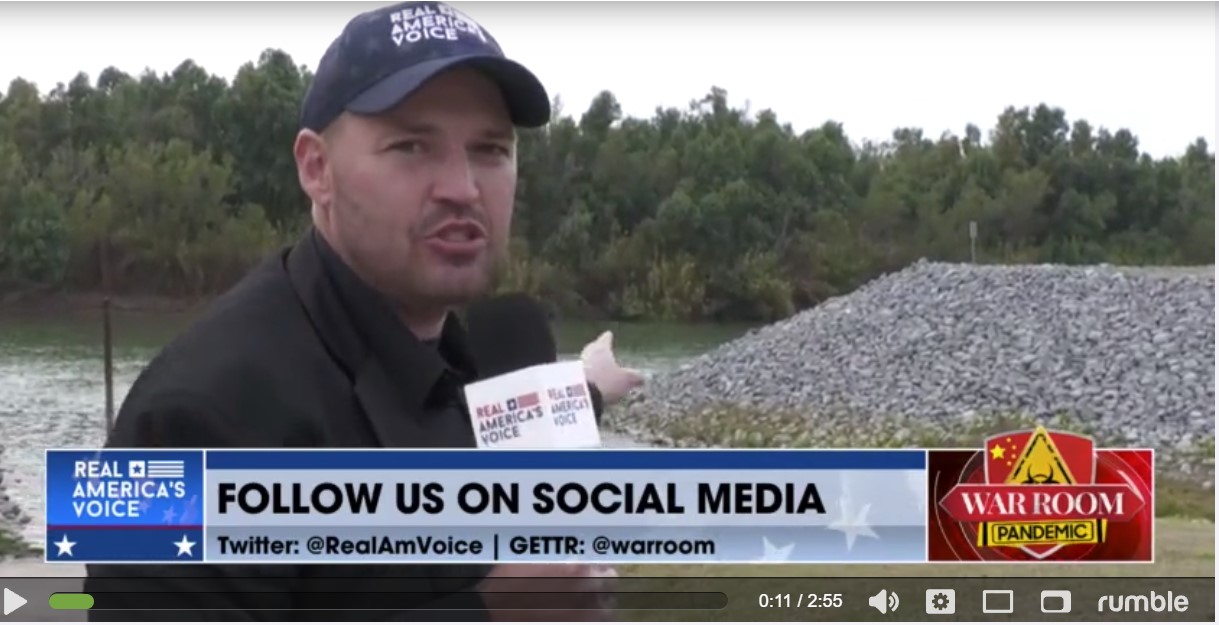 Ben Bergquam, a lead investigative reporter on the border for Real Americas Voice and founder of Frontline America, spoke with War Room host Steve Bannon last week and exposed the dangerous and corrupt actions being taken by the Biden administration, on the Southern border of the United States.

Bergquam posted an interview on Sunday- with more details:

Listen to this exchange as Bannon and Bergquam describe Biden’s corruption- as law enforcement has to focus on a decoy raft of illegals- while another raft of drug smugglers goes by unrestricted by law enforcement.

“They are running drugs down the river here after having a distraction raft in this area. It is all being designed by the cartels- so all Biden is doing is helping them with these policies. They are raping our sovereignty,” Bergquams said, about the collaborative effort to help facilitate numerous crimes against the people of the United States of America.

“They are mocking the officials. We saw them point and laughing at the law enforcement- and they should laugh because they are watching the managed decline of America by our leaders,” Bannon said about the drug smugglers that Bergquam had seen hiding in the trees behind him, as he recorded.