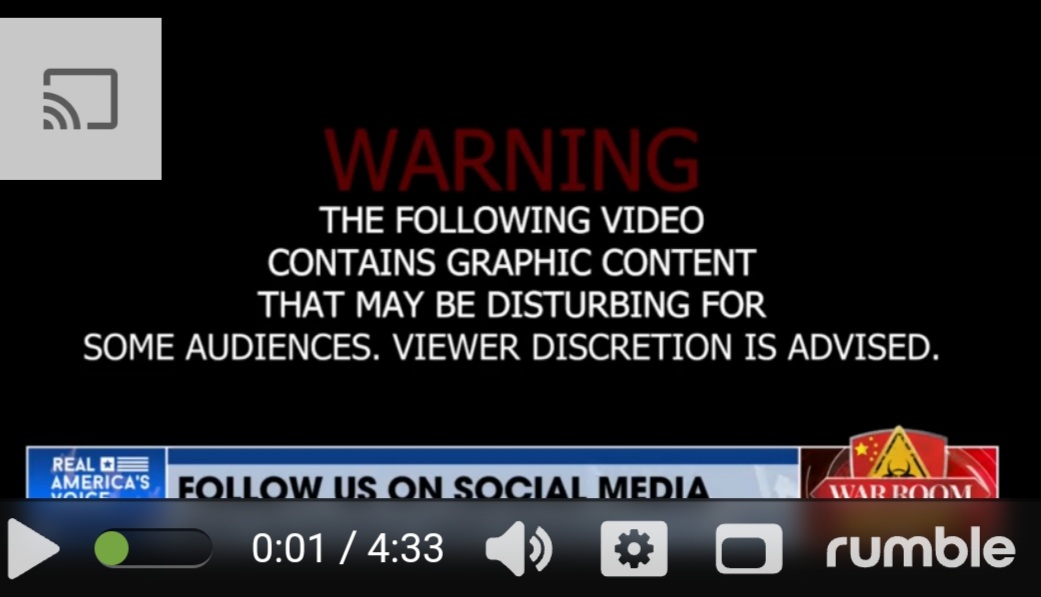 Ben Bergquam, the host of Law and Border on Real America’s Voice, appeared on the War Room with Steve Bannon to share a clip that had to come with a ‘graphic content warning, showing some of the dead bodies that have been recovered from a tiny little town in Arizona that is being overrun with illegal aliens trying to cross the desert in the mid-summer heat, and dying.

During this episode of War Room, Bergquam took aim at the American media, who are ignoring the obvious devastating problems at the border, in favor of covering up for Democrat Joe Biden.

“Ben joins us from Nako Arizona, by the way, I wanted people to see that did your taxpayer, your governments doing this that you’re paying for this. Look at the human tragedies of biblical proportion,” Bannon said, introducing Bergquam, after showing a clip that showed a few of the dead bodies recovered in the region.

“Yeah, Steve, that was the footage right there was never before seen that from Deputy, Constable Bowels from Eagle Pass Texas. I’ve just been down here with him and that’s what he sees. And this is a small sector, the Eagle Pass area. And that’s what they see in that little sector up to ten people a day dying coming across the border because of Joe Biden and the left’s open border policies. That’s what open policies do. They don’t protect anyone. It’s killing America and it’s also killing the people that the left pretends to care about; the same thing is happening to them,” Bergquam said about the devastating amount of human suffering being seen at the border.

“This is an environmentally protected area. This is what we see all over the Border areas that have are overgrown, that the that we don’t manage any longer. These are corridors for the illegals. We’re just in Douglas Arizona last night. So as we’re spending all this time looking at places like Yuma and Eagle Pass and Roma, where all these massive groups are coming across. This is where the cartels are sending their drug smugglers and human trafficking,” Berquam reported about his findings after extensive investigations in the area.

“This is actually just about a mile away from where I was out here with another sheriff, earlier in the month when we saved the life of an illegal alien we come across. He ended up in the hospital for five days and I just got word today that he did survive, but this is happening every single day and it is at the feet of the Democrat leftist. Open border policies that are inviting this. They are inviting the death and despair that we’re seeing and, and they’re destroying America,” Bergquam told Bannon.

“At the same time, the Eastern Russian-speaking Board of Ukraine is not in vital National Security and for the United States, we have no fight there. We just don’t,” Bannon said. “We have one on our Southern border.:

“Request. Steve, is that anyone that watches this, the footage that we are? Please share it everywhere. Tag CNN, tag The Daily Beast, tag MSNBC, tag them all and say, shame on you for allowing this to happen. They’re part of it. They’re complicit 100%,” Bergquam said slamming the media.