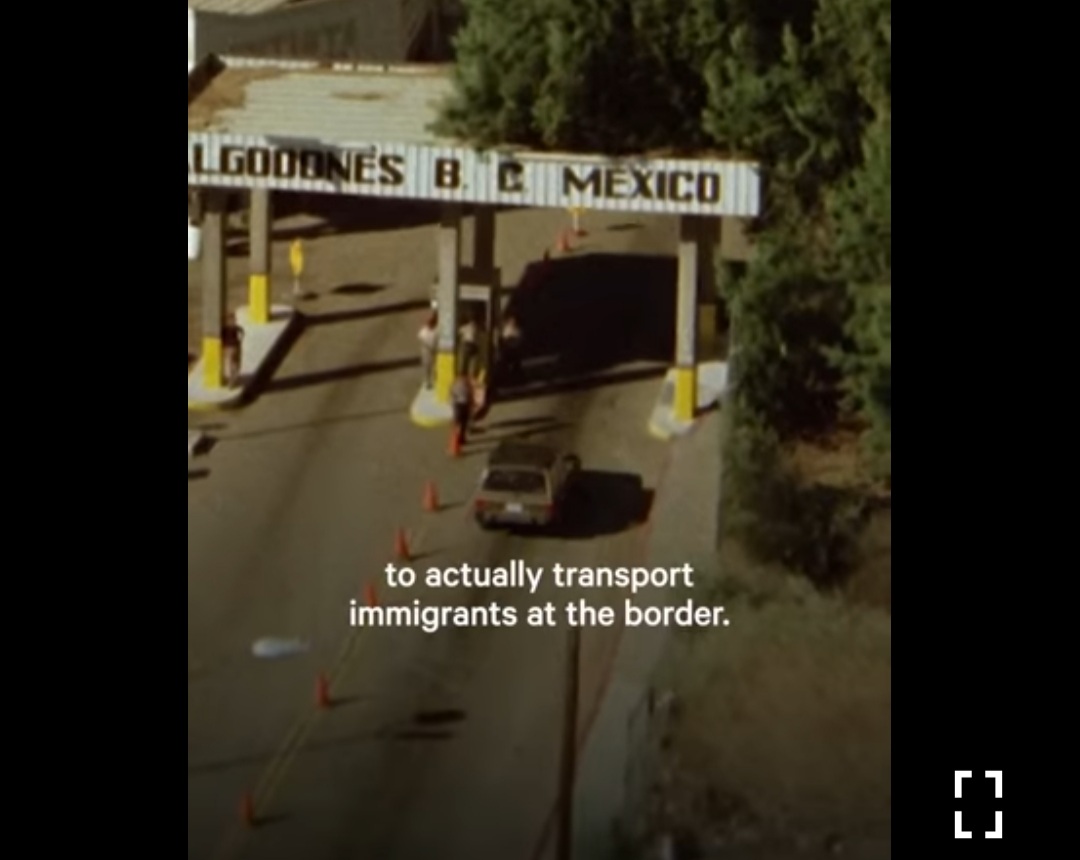 Now This News is a grassroots Marketing Platform for radical leftist-Progressive policies and lawmakers. Wikipedia describes them as: ” a progressive social media-focused news organization founded in 2012. The company posts short news videos and hyperpartisan content.”

And you are about to see why they are called that, from their recent post on Jul 16, 2022, titled: Meet the Texas Teens Helping Migrant Cross the Border.

The news service is helping a nonprofit make excuses for exploiting American children into a life of crime by driving people across the Southern border.

‘They are doing it because they want to help, but also because probably, they need money’ — Meet the Texas teens transporting migrants across the border under heavy border patrol surveillance,” the description of their Saturday post reads.

So Democrat Joe Biden’s open border policies enticing teenergares to become criminals is not a concern of the left as they admit a Non-Government Organization is leading American youth into a life of human smuggling at the hands of Mexican drug cartels.

“An increasing number of Teenagers are helping people migrate across the US/Mexico border, but border surveillance is putting both migrants and teens who live along border towns at risk. Here’s what you need to know, ” the newswoman said, opening up their latest video on the border.

“With a large number of migrants stuck waiting at the border, many teen drivers are being tapped to help people cross over. In 2021 approximately 1 in 4 drivers who shuttled migrants across the u.s. Mexico border was Teen, according to an April Reuters report, “Now This News correspondent said, before Fernando Garcia, Executive Director of Border Network For Human Rights, was introduced.

According to their website, The Border Network for Human Rights, founded in 1998, is one of the leading human rights advocacy and immigration reform organizations located at the U.S./Mexico Border. BNHR has over 7,000 members in West Texas and Southern New Mexico.

Garcia told Now This News: “So in that context is what we’re seeing that some teenagers being – how do you want to call it? Or being used to actually transport in immigrants at the border? And I need to be very careful about this because I’m afraid that some people and some news, also, some narratives would try to actually criminalize those teenagers. And those young people that actually In the best case they are using it, they are doing it because they want to help but also, because probably they need money. They don’t have jobs, they have limited education, and Border communities are some of the poorest communities in the nation. Sometimes somebody comes and offers them to just transport nearly destroyed from transport, a group of people from one place to the other and offered them money. I think obviously, some of them are accepting it because it not knowing what they are getting into it. Not knowing the consequences,” he said.

And the consequences can be criminal activity and death, Garcia said.

“A few years ago, we had an incident where in the middle of the night, border patrol started a car chase. That ended up in the car that they were chasing, crashing in, some of the people in that car died, and some of them were teenagers, some not justifying any kind of smuggling, and I want to be very, very clear about that,” he said.

According to Michael Yon, the following statement is not true, but Garcia continues to push the myth that the increase in migrants is not because of the enticements by Democrats for freebies- but because they are fleeing their war-torn regions.

“People is gonna find their ways to come into this country because they are fleeing violence and persecution,” Garcia said.

Garcia said about the increasing number of migrant deaths, “We see at the border is that many people are just getting tired of watching people come in and being deported because of title 42. I mean, they just getting tired and they are trying to sneak into the United States, but they are doing it into very dangerous places in the deserts in the mountains.”

According to the progressive news service, the deaths are due to the policies to deport them- and that is an injustice to left. This is why they are promoting and marketing Garcia’s group.

Consider what his group is really up to:

“What the Border Network does is unique. We organize the community through education about human rights; we build coalitions with other border groups; and we work with the federal government to address problems. We have been working in parallel spheres from the grassroots level to the Capitol level. That’s what makes it comprehensive; that’s also what makes it complex.”
Fernando Garcia, BNHR Executive Director.

Here is where their interest is- look for discussion about how letting migrants into the country with more ease is really a ‘humanitarian push’- while American teenagers get involved with smuggling operations and live at the mercy of brutal drug cartels.

Because protecting Americans just isn’t a humanitarian cause- right?

“There is an increase in the number of migrants who are dying at the border. It’s a result of harmful political policies and it’s a lack of political Protections in place Garcia and his organization, the Border Network, for Human Rights are working hard to fight for Justice at the border,” Now This News reported.

In the meantime, American teenagers are being paid to commit crimes.

According to the April Rueters report on the matter of teen drivers:

“Mexican youth have long guided migrants into the United States. Recruiters tell both Mexican and U.S. teens they are unlikely to face legal consequences because they are minors, according to around two dozen government and law enforcement officials, attorneys, migrant advocates and local residents Reuters spoke to.

U.S. children as young as 14 learn of the work from social media and friends and transport mainly Mexican adults.”

That is what we are up against in the United States of America.