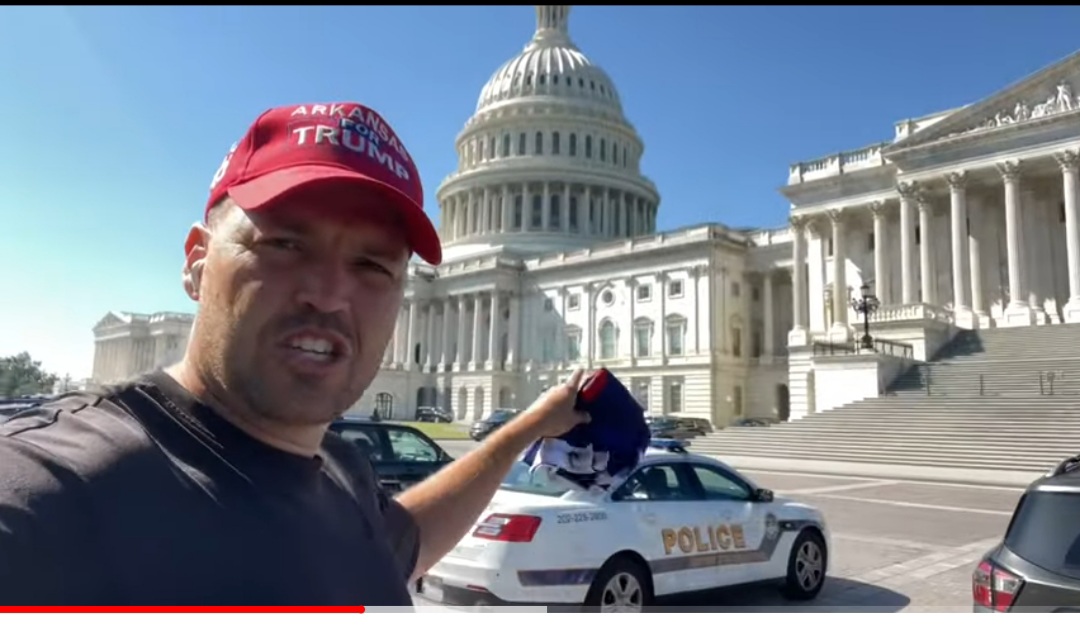 Ben Bergquam stopped by the US Capitol on his visit to DC to interview people whose lives have been devastated by Democrat Joe Biden’s open border policies. Bergquam took the opportunity to be in the nation’s capital city to call on Americans to protest their treatment by elected officials, who, in his opinion, have committed treason.

“This is a fight of good versus evil and it is time for the good to stand up,” Bergquam said.”These politicians behind us have never even talked about the border. Not a single one of the Republicans should vote with the Democrats on this bill. The problem is the Communists in the Democrat Party who want to bankrupt America, so they can remake America in their Communist utopia,” he said.

“These people are not even progressives, they are Communists. We need all God-fearing Americans to shut them down,” he said, on a day that the US Government paid themselves with more out of control and reckless spending to bring about massive wealth for themselves while ignoring the issues, like human trafficking and foreign drug cartels.

“No more. We have representative who sold out to the cartels and to the Communists,” he said.

Bergquam talked about what he had seen at the Southern Border during his many investigations there, and he showed his offense that Biden had not even visited the area that has been so overrun with crime.

This video is a call to action. If these issues bother you, please share are this video, and follow Ben Bergquam on Real Americas Voice, he is a frequent guest on Steve Bannon’s War Room podcast, on GETTR, Twitter, and Facebook as @BenBergquam, and on Youtube as Frontline America.