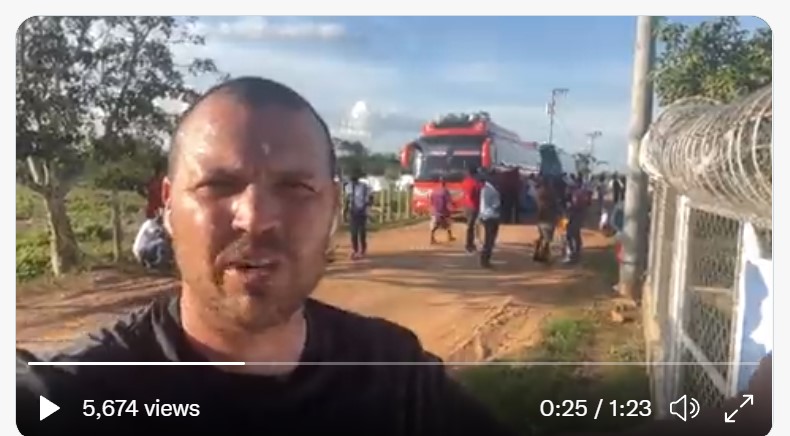 Ben Bergquam, the host of Law and Border on Real America’s Voice and founder of Frontline America, stood in the Darien Gap watching busloads of migrants coming from the nearby river area- who were being brought up to a local encampment.

Bergquam took the opportunity to interview some of the people who were making the journey to come into the United States through the open southern borders and exploit Democrat Joe Biden’s push- for what is being described as an invasion.

What he uncovered is a very well-organized and coordinated system of moving migrants from their starting point- anywhere in the world, it seems straigh into the United States.

“All in the largest human smuggling operation in history,” Bergquam said outlining a quick and well-organized trip from their third-world nation of origin into the US.