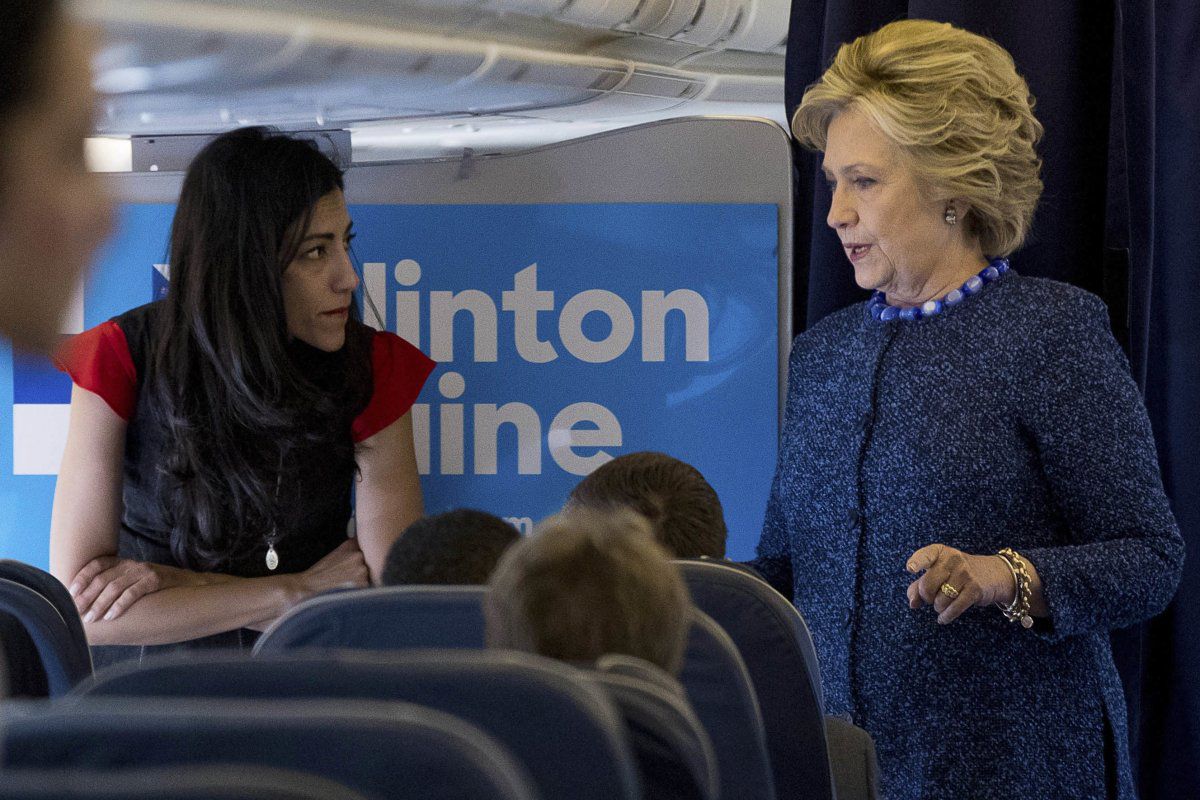 Hillary R. Clinton and her associates are going to be in a panic about the following news because never before have any of them faced consequences for their actions, and this move by Special Counsel John Durham is going to sting. Better get some ice ready – Hillary, you may need it.

Durham, who was assigned to his poison in March 2019, to investigate the origins of the 2016-2017 FBI investigation of the Trump–Russia collusion narrative, which has now been disproven, has gone on record with his claims that it was Hillary Clinton and their allies in politics and media, who all played a coordinating role in pushing massive false claims that built that collusion narrative- and hounded President Donald J. Trump and his associates for years.

“The Durham team in recent court documents hinted at an assertion that there was a conspiracy between the various operatives tied to the Clinton campaign. Criminal conspiracy is a federal crime, but it needs to be tied to an underlying crime. Two or more people have to agree to break a federal law and then take at least one “overt act”—even if innocuous on its own—to carry out the plan. Durham has so far brought no conspiracy charges,” The Epoch Time reported recently.

Damn- Ratcliffe brought the 🔥🔥🔥 on Maria this morning.

-Not at all worried about SOL

Durham’s investigation has dragged on with no in sight, with the public giving up much hope of seeing anything happen. Meanwhile, powerful people stall court action for long periods of time.

But now there has been some serious action.

The campaign and Sussmann’s lawyers have argued that attorney-client privilege should allow them to keep the records concealed.

Nonetheless, Durham is moving ahead with legal action and it is so big that even CNN is reporting on it.

According to the Epoch Times who reported on Monday, “Durham has issued trial subpoenas for Hillary Clinton’s 2016 campaign, the Democratic National Committee (DNC), Fusion GPS, and Perkins Coie as he continues to prosecute his findings as special counsel, from which he charged cybersecurity lawyer Michael Sussmann, who in 2016 represented the Clinton campaign, with lying to the FBI.”

It is important to remember that in May 2017, special counsel and former FBI head Robert Mueller ultimately concluded that no Trump-Russia collusion had taken place to sway the 2016 election, as Clinton and her political and media associates had pushed.

And Durham sees who colluded with pushing those fake stories.

Earlier in April of 2022, Durham said that Fusion GPS “was not primarily providing or supporting expertise relating to legal advice; instead, it appears that the investigative firm’s primary, if not sole, function was to generate opposition research materials that the firm then shared widely.”

On April 23, Durham said of the groups, “meeting to agree on the express goal of a joint venture is precisely what happened here, on more than one occasion.”

The special counsel said that “Tech Executive-1” Rodney Joffe, “Originator-1” April Lorenzen of the information services firm Zetalytics, and other researchers started to discuss “searching for and collecting derogatory internet data about the online activities of Donald Trump and his associates” in June 2016.

Lorenzen “assembled and shared initial purported data” with Joffe, “who, in turn, shared the data” with Sussmann, Durham added.

“The joint venture continued and crystallized early in August 2016,” when Sussmann, Joffe, and “agents of the Clinton Campaign” met, Durham said.

“The parties agreed to conduct work in the hope that it would benefit the Clinton Campaign, namely, gathering and disseminating purportedly derogatory data regarding Trump and his associates’ internet activities,” Durham wrote.

“The evidence will show that as a result of these conversations and during this same time period, Tech Executive-1 did exactly that: he tasked employees from multiple Internet companies and a university working under a pending national security contract to mine and gather vast amounts of internet metadata in order to support an ‘inference’ and ‘narrative’ tying the candidate to Russia.”

All of these, Durham said, citing calenders he has viewed, were billed to the Clinton Campaign by the defendant.

Durham further stated that Joffe also requested the CEO of an internet company to mine and analyze huge amounts of internet traffic for derogatory information regarding Trump and his associate’s online communications and internet connections.

Joffe also sent the CEO of the internet company a list containing private information, such as email addresses, IP addresses, and physical addresses of multiple Trump associates, many of whom were being researched by Fusion, Durham said.

Joffe had made clear his desire to ensure that Perkins and the Clinton campaign would be “happy” with the information he had discovered, Durham added.

Following the subpoenas, lawyers for Sussman moved to prevent materials being admitted in the case with their argument that they are protected by attorney-client privilege. They’ve called Durham’s subpoenas “astonishing and legally inappropriate.”