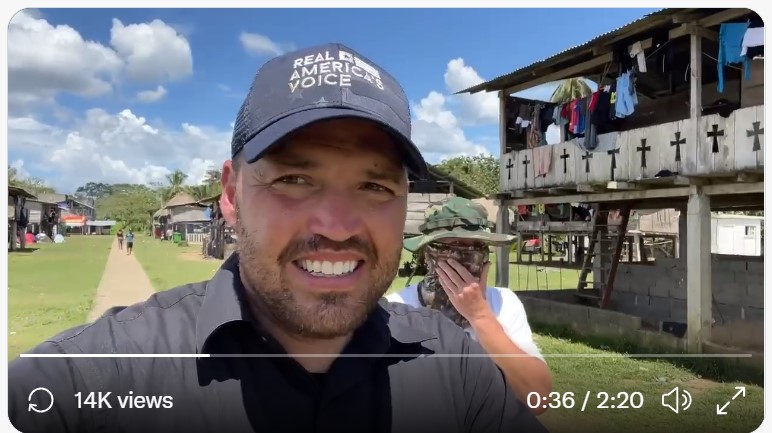 Ben Bergquam had an opportunity to interview several migrants from countries many of us may have never heard of before, who said they were fleeing their homes and running away from corruption and fraud on their way to the United States of America.

Based on Ben’s interviews, many of them have very disappointing stories of seeing death and experiencing even more frightening experiences, death, and fraud on their journey- than they did in their homes.

“More people who say this journey is not worth it, that it is so bad they are telling people to not do it,” Bergquam said.

This seems to be a reoccurring theme with the people Ben is meeting.

May be the most disturbing 7 minutes of content I’ve ever shot. Part 1: Kazakhstan, Somalia, Ethiopia, & Eritrea… America is not prepared for what’s coming!
Brought to you by the open borders anti-American left! @RealAmVoice @bennyjohnson @JackPosobiec @Saorsa1776 @RepMTG @AP pic.twitter.com/1aIar1znAx

As Bergquam pointed out, the sad irony is that the people are fleeing places less corrupt than what the Democrats have created in the United States of America. Due to Biden’s radical policies, aided by decades of marxism and greed, the United States may not be the best place for these people to start their new lives. Yet they keep coming, lured by the promise of free resources and assistance.

“America is not prepared for what is coming,” Bergquam said about the numbers of migrants and the conditions that they will be in when they get into our country.