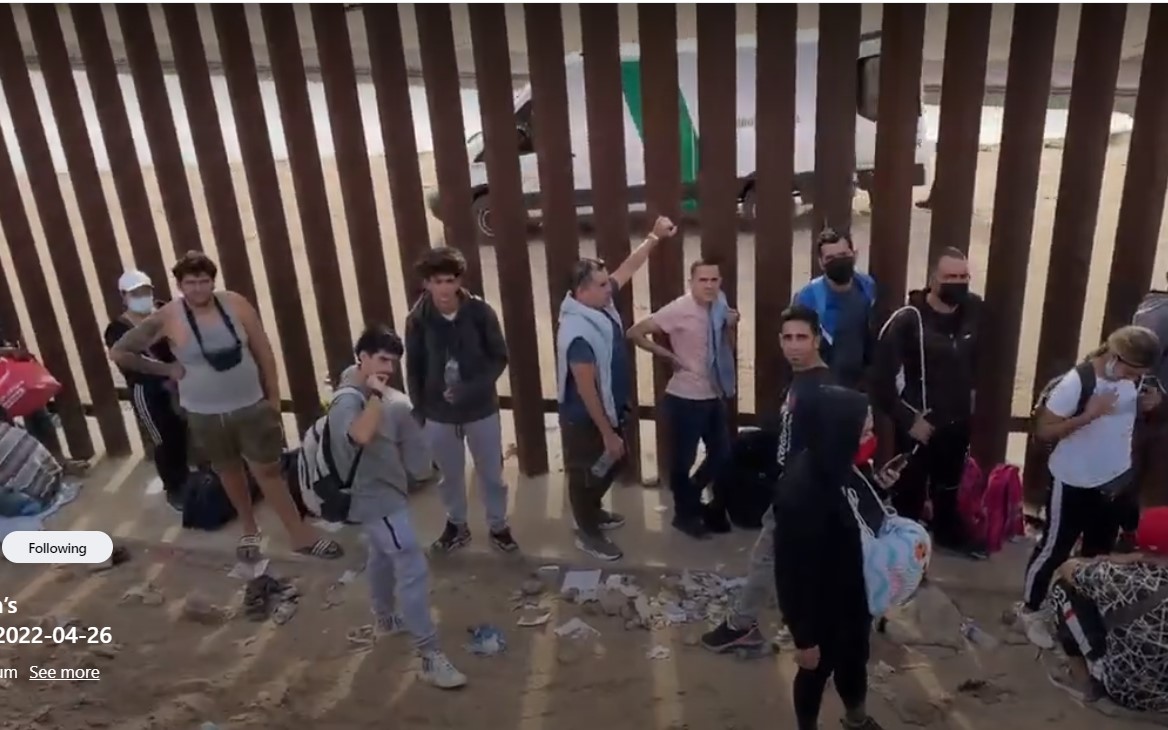 “The world has gotten the message that Joe Biden has let the flood gates open,” Ben Bergquam said as he interacted with a very large group of migrants, from Venezuela, Cuba, Haiti, and India as one large group after the next got close to a half-finished border wall in Yuma Az.

There was one local newsgroup on the scene at the same time when Ben was in Yuma, which is a rarity.

Ben scans the crowd and shows hundreds of people who are discarding personal items, identification cards and money.

He asks the men why they are dropping their money. Why do they leave money on the ground, he asks numerous people.

“Because the money is no good in the US, we need dollars,” one man said.

One group of men said it had taken them three months to get to the US from India, begging the question who is giving them food and shelter for that long?

“There are no mechanisms to stop this. They got the word America is free for the taking,” Ben said showing what he called Biden’s controlled flow.