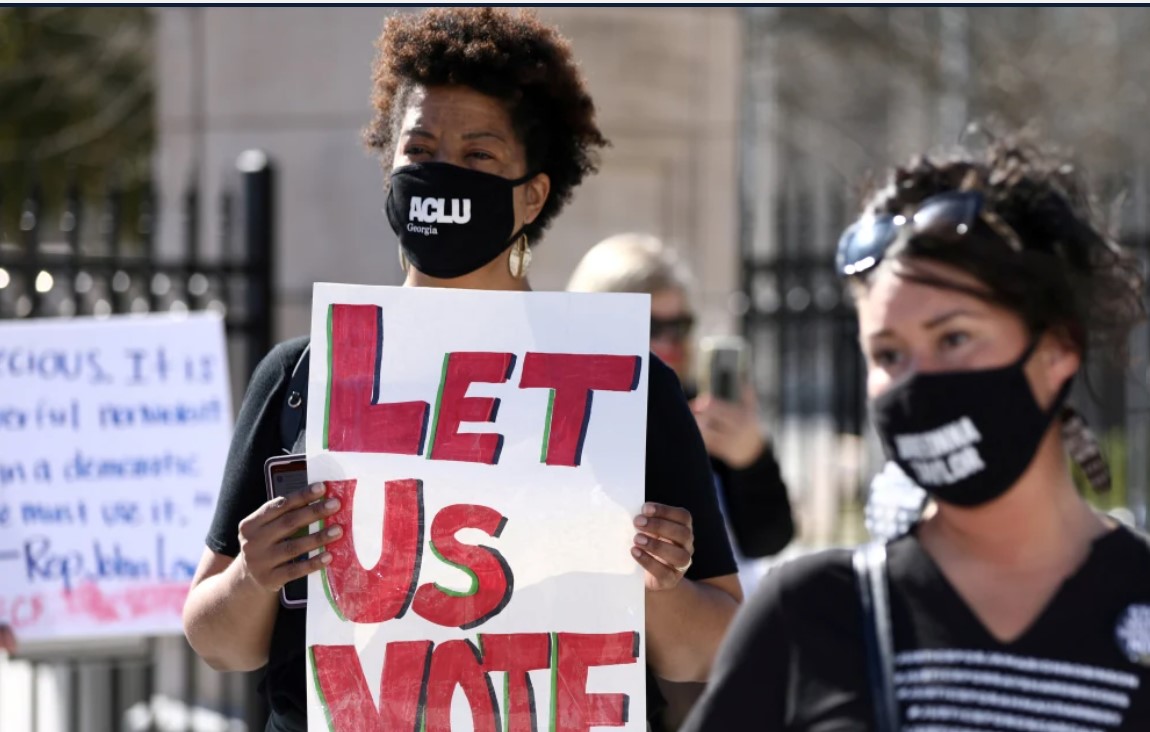 What we sort of already know is that the Democrats, through the coordination of different nonprofit groups, have used a scheme of ballot harvesting to win elections for a long time. Their efforts took on new intensity in 2020 with the cover of using the COVID-19 virus to explain why their illegal harvesting activity went into overdrive.

According to a Wednesday report, there is some evidence that the Democrats want to expedite the votes of migrants in the country illegally as part of the Democrat’s newest focus on ballot harvesting in the 2022 and 2024 elections Just The News.

And there is some consensus in the media as seen in a recent Washington Times Op-Ed:

“To fully understand how Democrats plan to turn America into a single-party state, take a look at two of their seemingly disparate actions shortly after President Biden’s inauguration.

“At the southern border, Mr. Biden has illegally opened the gates to just about anyone — be they drug and sex traffickers, or migrant job seekers, or sex offenders or other criminals. The brutal Mexican drug cartels are getting richer. Their Chinese-produced fentanyl is killing record numbers of Americans. The official count of people illegally entering the U.S. is in the millions in 2021-22 and will go even higher the rest of Mr. Biden’s term because he wants it to.

And looking at Georgia, we may begin to understand the gravity of the situation that is before us.

“Georgia elections chief hints at organized effort behind ballot harvesting, registering noncitizens.
“What I found is we had 1,634 that were never put on the voter rolls, they were in the pending status, because they couldn’t prove their citizenship,” said the Georgia Secretary of State.

Georgia Secretary of State Brad Raffensperger said his office is investigating ballot harvesting and the registration of noncitizens to vote, which he suggests may have been orchestrated by third-party organizations.

The news comes within days of Raffensperger’s office announcing they would seek subpoenas about a whistleblower testimony over ballot harvesting and investigations into a nonprofit suspected of participating in the 2020 election crisis.

The newest evidence that points to criminality is when his office did a citizenship audit of Georgia’s voter rolls and found more than 1,600 noncitizens who tried registering to vote. Raffensperger told the John Solomon Reports podcast Tuesday.

“What I found is we had 1,634 that were never put on the voter rolls, they were in the pending status, because they couldn’t prove their citizenship,” he explained. “That’s a felony in Georgia to even attempt to register if you’re a noncitizen. And that’s a one to 10-year prison term, and up to a $100,000 fine,” Raffensperger said.

Raffensperger said his office sent the information they found to the state attorney general and local district attorneys, who will interview those who couldn’t prove their citizenship and ask them: “Did you do this on your own free will? Or were you put up by it by some third-party organization?”

Results from that investigation could have national implications regarding what happened in other states.

Through these investigations, Raffensperger said that he believes investigators will find out if there is “an organization that’s been really attempting to get noncitizens on the voter rolls in Georgia.”

There have long been suspicions among the voting public that such a coordination attack on American elections has been used as a usurpation of our Republic.

Fair Fight Action, Inc is suing Georgia, claiming that the law violates the U.S. Constitution and the Voting Rights Act.

“When Stacey Abrams ran for governor four years ago, she talked about the blue wave,” Raffensperger recalled, “and she said, ‘That’s the people who are documented and undocumented,’ i.e., that means the noncitizens … she wanted them to be able to vote in our elections, and not. So I’ve been pushing back on that. I think that’s an incredibly critical issue, not just for us here in Georgia, but for the entire country. Only American citizens should vote.”

Raffensperger talked about how ballot harvesting is also coercion to cast their ballots for Democrats.

“I think that we want people to freely express their choice when they vote, but you can end up with that whole process of voter coercion,” Raffensperger said. “Next thing you know, that’s someone that owns a company; he’s actually trying to coerce people and who they should vote for. Or if you’re in a union situation, then the union boss is coercing you and who to vote.”

“We want people to make that free will decision because when people make that free will decision, then their voice is really truly heard. And so that’s why it’s very important. We want people to vote without any attempt of coercion. That’s why we also have that ban in polling locations. Within 150 feet, you can’t come in there and start politicking. Let people make their own choice of who they want to vote for, leave them alone at local polling precincts.”

Raffensperger wants to know how much people were paid.

“[W]e’re going to follow that all the way,” he vowed. “And you have to, as they say, ‘follow the money.’ And we’re gonna get to the bottom of it, and we’re gonna prosecute.”

The GA SOS office has been partnering with True the Vote founder Catherine Engelbrecht, whose organization’s complaint led to Raffensperger’s investigation into seeing the ballot harvesting schemes.

Engelbrecht told “Just the News, Not Noise” TV show cohosts John Solomon and Amanda Head on Tuesday that ballot harvesting has been the norm for a long time in many communities, just as many Americans suspected.

“I think the saddest thing for me in this now 15-months-plus-investigation that we’ve been pursuing is talking to people in and around involved in this effort, in this problem that we face and recognizing that so many of them who are involved don’t even see this as being a problem, because it’s happened for so long in so many communities — they prey upon weak and vulnerable communities.

“I think that Secretary Raffensperger is right when he says there’s a secret hand that had its reach into all of these processes,” she said, referring to Raffensperger’s suggestion that there are third-party organizations behind this.”