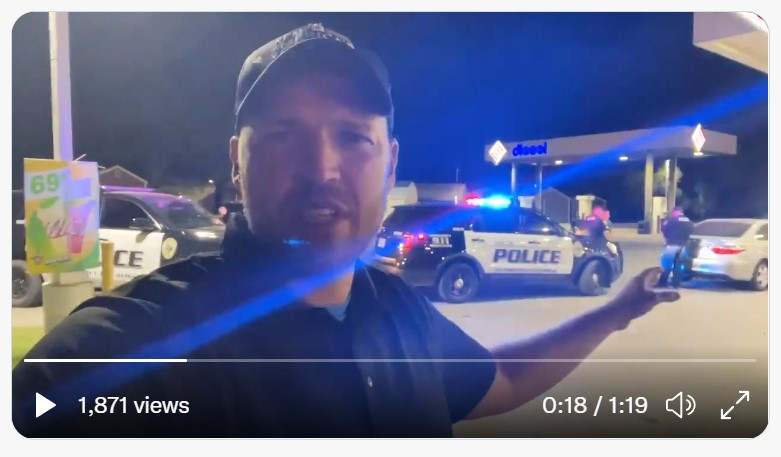 Ben Bergquam, the host of Real America’s Voice Law and Border, was back on the scene in Uvalde, Texas, where a human tragedy unfolded just a few short months ago, where the nation saw a shocking school shooting that rocked the lives of many people.

While the Democrats tell Americans that the border is ‘just fine,’ Bergquam risks his life to bring the American people proof that the Democrats are deceitful and part of the problem.

Bergquam brings an update that the small town is still being overrun by Mexican Drug cartels, and Bergquam puts the blame squarely on Joe Biden and everyone who enables his disastrous policies.

This is some of what he said:

“I just made it back down here to

Uvalde, Texas. And within the first five minutes of arriving, we’ve got to smuggling Vehicles, one bailed out down the road.

Here, we’ve got an ambulance down there, dealing with that. The others build out into the farm community behind it and ran into the community.
So you’ve got helicopters involved, got border patrol down there, this one they caught, you got a suspect and this vehicle, the driver says he doesn’t speak any English while this is happening.

You’ve probably got a dozen more that just passed us by in a community that was already devastated. Last year, you don’t hear anything about it on the mainstream media, but it’s nonstop every single night. This is happening to these small communities along the border because of Joe Biden in the open borders left policies.

Democrats, Who look at you look in the camera and lie straight to your face, they don’t have this under control. This is absolutely out of control but they know it. It’s not failed policy. This is the policy of the open borders left that put America last. This cannot be okay. And it’s up to you in November to stop it. Every Democrat out of office.”