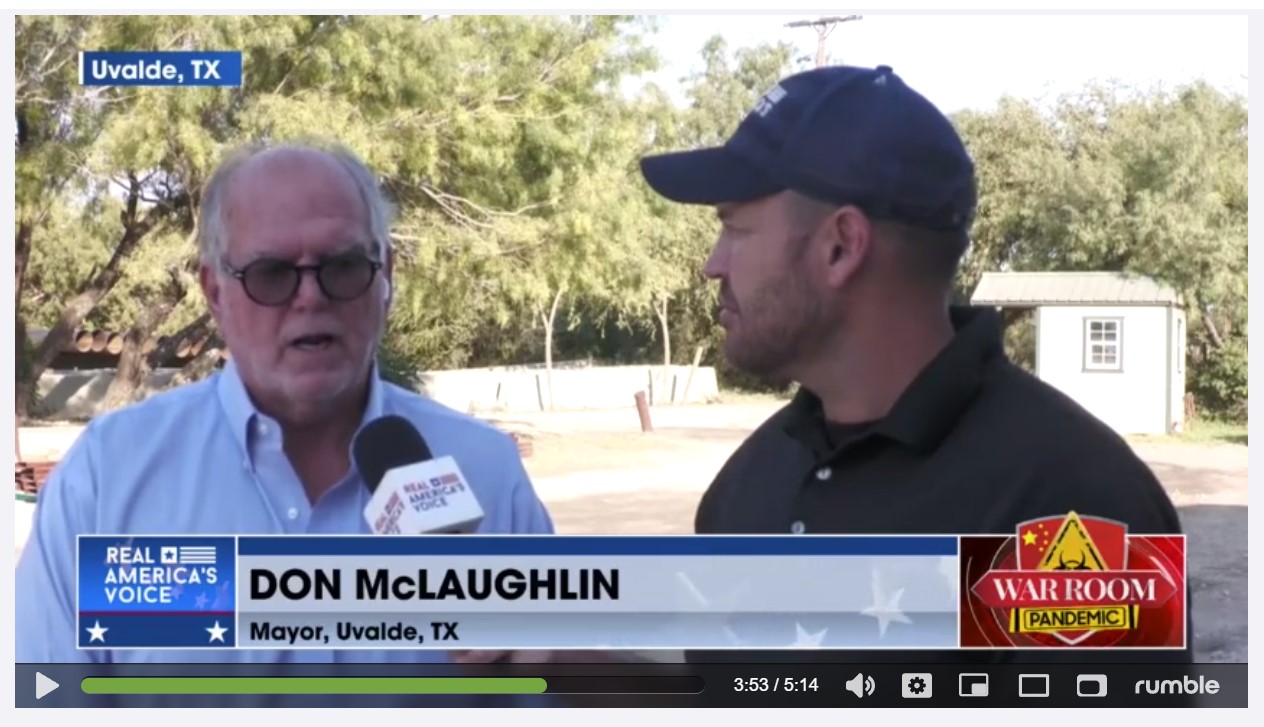 Ben Bergquam Interviewed Uvalde, Texas Mayor Don McLaughlin, who told him something mindblowing, that  state investigators have given local officials absolutely no updates on the Uvalde school shooting Investigation.

In the following two-part series, Bergquam talks to McLaughlin about what has unfolded since that horrible day when a shooter took the lives of so many innocent lives and tells the War Room that officials have gotten no answers- 19 weeks later.

The official report about the school shooting is that on May 24, 2022, a mass shooting occurred at Robb Elementary School in Uvalde, Texas, United States, where 18-year-old Salvador Ramos fatally shot nineteen students and two teachers, and wounded seventeen others. Earlier in the day, he shot his grandmother in the face at home, severely wounding her.

And there has been no accountability for tragedy.

The Southern Border Must Be Shut Down