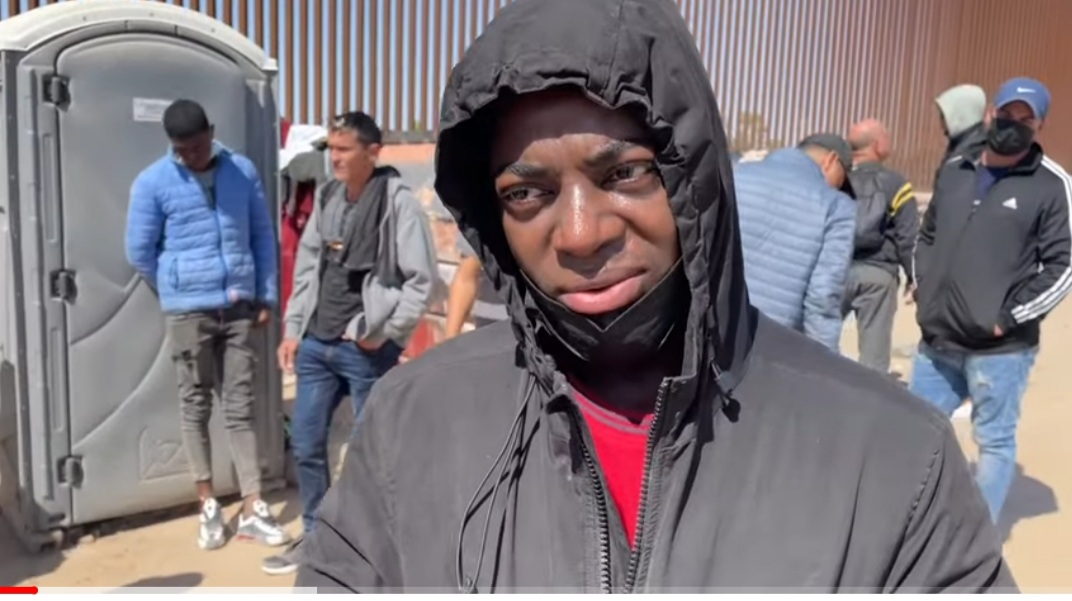 Ben Bergquam, a reporter for Real America’s Voice and host of Law and Border, had a fascinating short interview with a man who identified himself as being from Venezuela- and told Ben about the process of his crossing- and what he was trying to achieve by coming into America.

The ironic twist is that it is the Democrat’s open southern border that is drawing people from all over the world to cross into the United States- which is casting mayhem and crime in many border towns for both the United States and Mexico because of the types of people who are being enticed to break into our country.

However Ben found a man who was crossing illegally, who was talking about Liberty and Freedom.

“Venezuelan man with strong Caribbean accent who crossed into America illegally talks about Border Patrol telling him and about 60 other illegals BP didn’t have time to deal with them and says socialism is not the answer. This was about an hour before BP detained me and four of our team. Yuma, AZ Real America’s Voice News,” Ben reported.

“Everyone started chanting liberty! They don’t want socialism,” Ben said, setting up the scene. “The Democrats here want to make Democrats socialist-so what would you say to them?” Ben asked the man.

Watch the video and find out his surprising response: