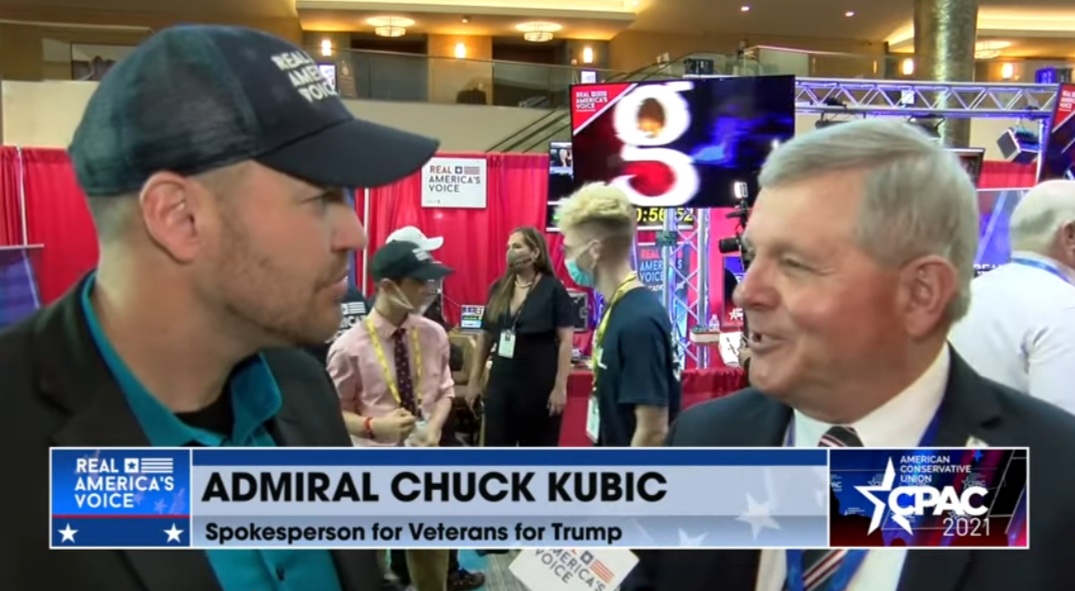 Ben Bergquam is learning, first hand, about the complexity and the tug of war between politicians and lawmakers, citizens and border town residents, activists, and Presidential administrations when it comes to funding a Southern Border security Wall.

Recently, Bergquam interviewed Admiral Chuck Kubic, who has extensive personal experience as a Navy contractor dealing with both the Biden Administration and the Trump administration, and how they each approached funding the Border Wall.

At the time of the interview, Bergquam had just returned from a remote area on the border called Antelope Wells, which Bergquah labeled “an important piece of the border wall project,” which is a part of Kubric’s project.

“You are as far away as anything in the United States as you can be, but it is an important piece of our border wall project,” Kubric, who has a stellar reputation for building, told Bergquam.

“Saying it is in the middle of nowhere is an understatement, and I have been to a lot of these places and even took footage of caves and human trafficking there at your location,” Bergquam said.

“You have 6 Miles prepped through the tops of the mountains for a wall, with all of the gear there,” Bergquam said. “I showed that in my videos”

Kubric and Bergqam discussed details about the Biden administration wasting money that had already been spent on materials and which they were contractually obligated to pay to contractors for different layers of the security wall system.

THE MONEY IS EARMARKED AND HAS ALREADY PASSED BY CONGRESS

“The money has been appropriated by the Congress, and Biden, under the executive order, paused our work as a suspension of the work order. We are all shut down along with others, running up huge bills that the government will have to pay for and get nothing in return,” Kubric said.

“It is all ready to be finished, and they will have to pay for us to haul off if they stop us. It is all under contract and paid for. They want sensors and a camera, and no walls,” Kubric said.

“They are paying millions of dollars for us to do nothing. The ranchers had seen improvements from the wall we did put in, but we do need to put the whole wall in for the full effect. After we finished one part of the wall, recently, the government could redirect 126 ICE officers into other areas to take care of human trafficking,” Kubric said.

Bergquam talked about his footage from the week before the interview where he witnessed what he felt was evidence of crimes in both sex and humann trafficing.

See his footage of caves and border wall: Here and Here

“By not finishing the project you are just redirecting the drug cartels to other areas,” Bergquam said.

“I agree. Look at our Anticlimb plate. It is a passive deterrent because no one has been able to climb over it. People have broken limbs and even died from attempting to climb over them. We want to limit human interaction so that our officers can go to areas where the cartels are,” Kubric said.

WHO IS STOPPING THE PROGRESS? AND WHY?

“We were moving toward comprehensive immigration reform. The first step is the wall to control the flow of people,” Kubric said and Bergquam agreed.

“I can guarantee that if we are allowed to finish the wall, the Republicans and Democrats will be able to come together for reform, and without the wall, it won’t be possible,” Kubric said.

Listen to more of this American Naval Hero’s plans for the Southern Border, building “Peace with freedom” with his Naval “Can Do” Spirit”:

If you are concerned about these issues, please share this video with friends and help Ben Berquam spread the word about what is going on on the United States’ southern border.

Ben Bergquam is a reporter for Real America’s Voice, a frequent guest on Steve Bannon’s War Room, and the founder of Frontline America.