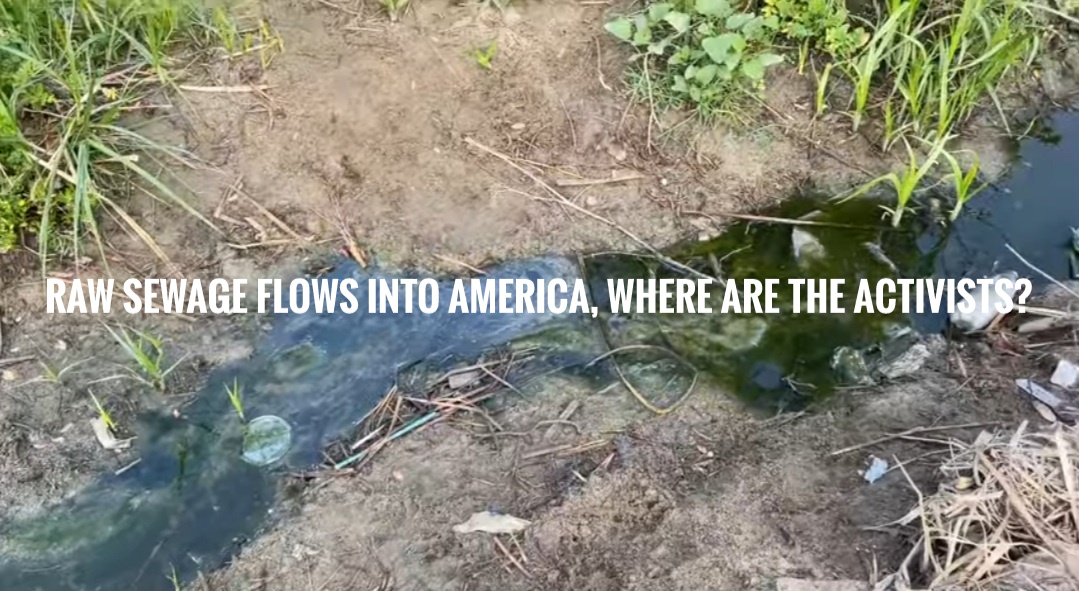 American Environmentalists are known for their radical use of politicians, media, and activists to shut down business for any minor infractions of oppressively difficult laws, harassing small business people and lawmakers over demands to protect the environment, so it is notable when activist groups, who are helping foreigners cross into America, have no concern at all about obvious biohazards being poured into American waterways.

“This is why open borders are not good. Look at this drainage here. Look at the heavy metals, raw sewage, and garbage that flows right out under the wall and into the Pacific Ocean. This is where sewage runs into America.

“I keep listening for the environmentalists to say something, but they will shut down your business in a heartbeat,” Bergquam said.

Watch Ben Bergquam, the founder of Frontline America and a reporter for Real America’s Voice, as he calls out the left, especially environmental activists for their obvious hypocrisy, proving they don’t care about the water; they just want to control people.