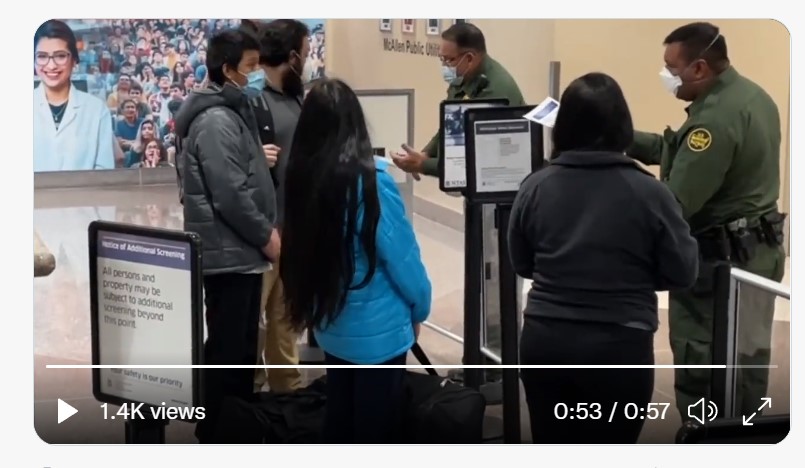 On a recent assignment to the Southern border in Lojoya Texas, Ben Bergquam reported for Real Americas Voice to the John Fredericks Show about what he has discovered are Non-Government Organizations (NGOs) that act as a huge source of funding to the illegal invasion at the border, into the United States.

Fredericks asked Bergquam if anything was changing on that front over the last year, and Bergquam said the only thing that was changing was where the Drug Cartels wanted to send people.

Citing the United Nations and Catholic Charities – who Bergquam said acted as “Travel Agents” to move Illegal immigrants around in the country.

Later, on his way home, Berqguam recorded numerous people at the airport who appeared to not speak English and who needed assistance by Border Patrol agents at the airport- and who had been assisted to get to their destinations by people from those NGO’s.

Bergquam shows footage from the airport of what he described: