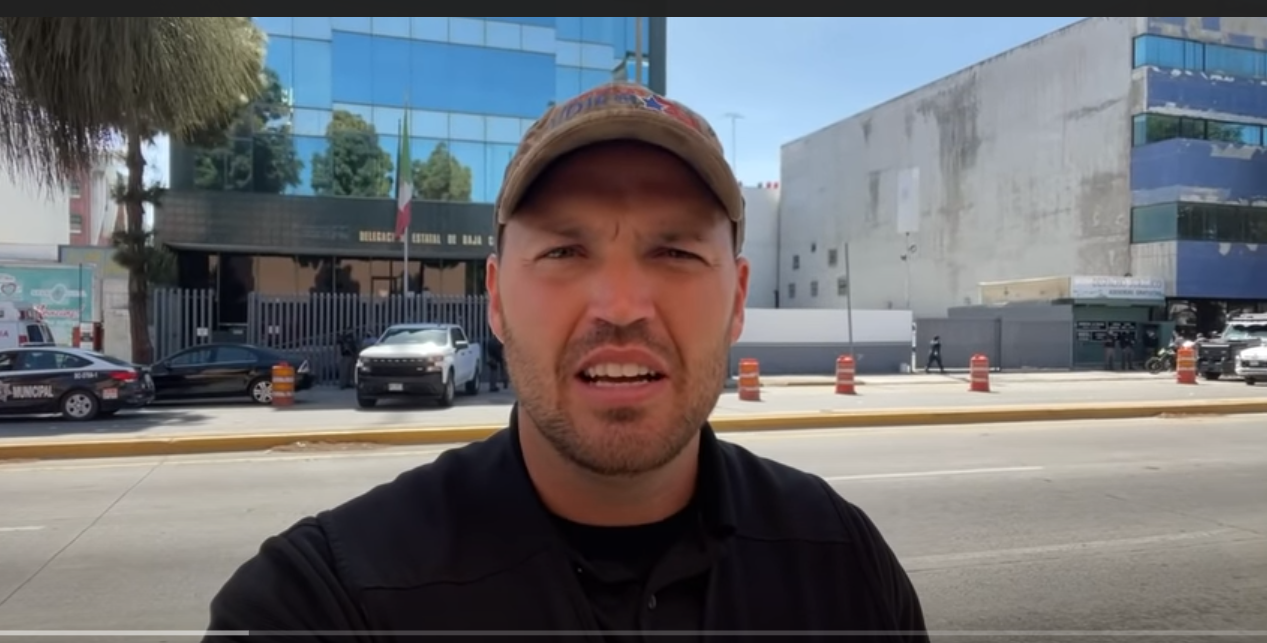 Ben Bergquam was on the Southern Border in Tajuana Mexico on Thursday investigating a series of fire bombings against Mexican Police offices who are being threatened by Drug cartels for trying to protect the US Southern Border from criminal invasion.

“We spoke with some police who can not be on camera who told us that they were being threatened and that their families are being threatened. Last night after the fire bombing the Cartel put up a banner that said they would kill the police and their families. That is what third world countries have to go through,” Bergquam said.

Bergquan said that the escalation in crime and violence is a direct result of the Democrats policies that are enticing people to try to get into the United States, to the point where even the drug cartel themselves are moving into the United States expecting leniency for breaking laws, over Mexico who is coming down harder on Crime.