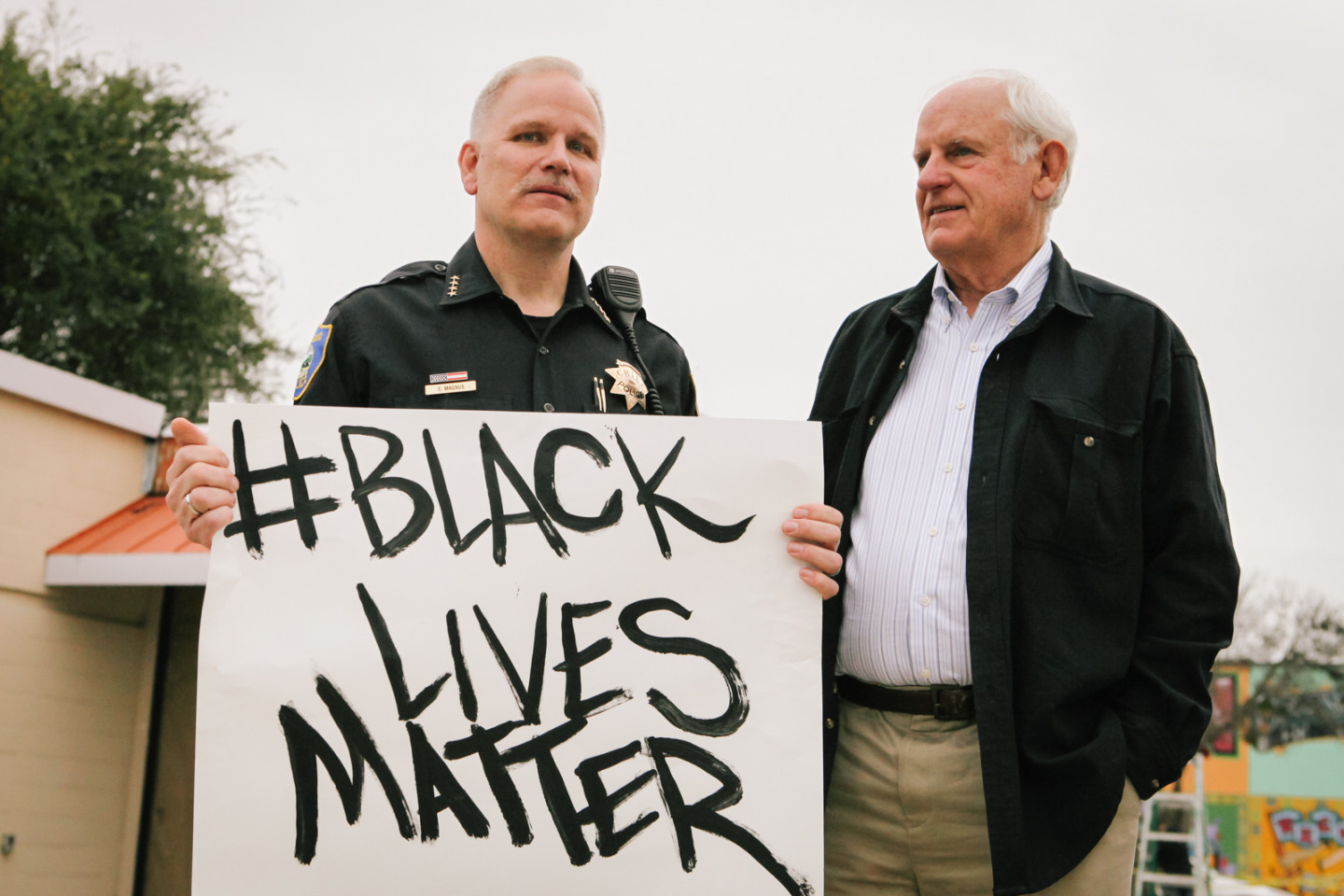 Ben Bergquam, the host of Law and Border on Real America’s Voice, and a frequent guest on programs like the War Room with Steve Bannon to report on border issues. Recently Bergquam slammed Commissioner Chris Magnus for his work and his agenda on opening up the Southern Border of the US.

Magnus advocated for Black Lives Matter as a police chief- so it is really not surprising that he would betray people with his border powers under Democrat Joe Biden.

According to his bio, Magnus is a leftist :”Christopher Magnus is the commissioner of the U.S. Customs and Border Protection. He was previously chief of police in Tucson, Arizona; Fargo, North Dakota; and Richmond, California. He is an advocate of community policing and of sanctuary cities and states.”

Magnus is under fire for his terrible approach to his work, based on numerous media headlines this month, highlighting his agenda as reforming the agency into a social justice advocacy agency.

“As migrant encounters along the southern border continue to set records, frustration is mounting inside the Biden administration with the head of Customs and Border Protection.

Five current administration officials who work with CBP Commissioner Chris Magnus portrayed him as unengaged in his job, saying he often doesn’t attend White House meetings on the situation on the border, badmouths other agencies to colleagues and superiors, and has not built relationships within CBP and across other agencies to address the influx of migrants at the border. They complain he is unfamiliar with some of the operations of CBP and instead is focused primarily on reforming the culture of the Border Patrol, addressing its long list of allegations of racism and violence.

Some of the officials believe Magnus hasn’t prioritized addressing the high number of migrants attempting to cross the border, but instead has continually tried to shift blame to other agencies. As an example, two of the five current administration officials said Magnus brought his boss, Homeland Security Secretary Alejandro Mayorkas, pages of grievances about Immigration and Customs Enforcement. While CBP is responsible for securing U.S. borders at and between ports of entry, ICE is the agency responsible for arresting and detaining undocumented people within U.S. borders.

The head of Customs and Border Protection (CBP) is facing a slew of accusations of incompetence and disinterest in running the border agency, from critics both outside and inside the administration — and is hitting back at those who he accuses of trafficking in “deliberate ignorance.”

Politico published a scathing piece on Monday which outlined concerns from multiple current administration officials about CBP Commissioner Chris Magnus’ that he is unengaged, does not attend White House meetings, is unfamiliar with CBP operations and has fallen asleep during meetings he has attended. The criticism was notable for coming from within the administration.

Magnus was also accused of having tried to shift blame to other agencies for the crisis at the border, and of having failed to build interagency relations while also spending much of his time focusing on accusations of racism and violence leveled at Border Patrol agents or listing complaints about Immigration and Customs Enforcement to Homeland Security Secretary Alejandro Mayorkas.